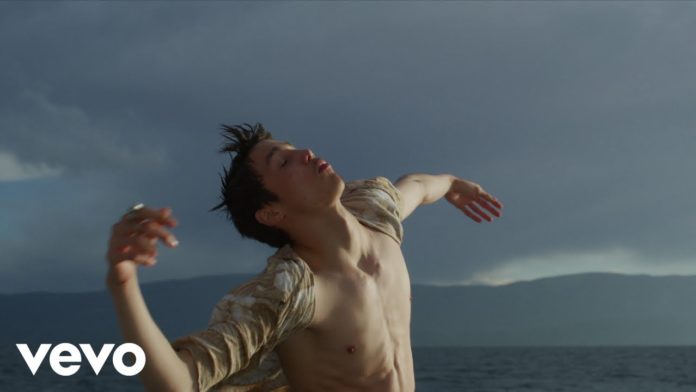 070 Shake’s tormented, The euphoric mix of hip hop and R & B was an exhilarating anomaly in 2020, a couple of star-turning visitor characteristics on GOOD Music album covers guided to her remarkable breakthrough, Modus Vivendi. Two years ago, Shake his despondent, the tone of the rafters retains the same weight, but it has accumulated a more nuanced sense. You Can’t Kill Me, her second album, the New Jersey singer-songwriter maintains her fashion while still trying to rein it in, reflecting the push-and-pull of romance angst that resided at the soul of her music through an extra subdued delivery. Below is a description, her audio is filled with plaintive synthesizers, Acoustic guitars, and bulky drum beats, supplied by co-executive manufacturer and frequent sympathizer Dave Hamelin. Sometimes Shake’s delivering is better based on You Can’t Kill Me, as she reaches for murmured tunes instead of shout-along choirs, but her head was lightheaded, mournful lyricism doesn’t end up losing its enthralling contact.

You Can’t Kill Me at its finest when it provides shocking, encouraged wrinkles in Shake. “Vibrations” begins with over a minute of reiterating, soundscapes outspoken exploratory before changing direction into victorious, head-nodding rap-pop; “Blue Velvet” coastlines refreshing, electronica cords and palm marimba, a variance in fashion that Shake uses for a tormented melody about a lover’s gown. On the seductive “Body” a coproduction between Dave Sitek and Mike Dean, H é poco sobre Letissier of Christine and the Queens provides a snappy counterpoint, corresponding her low-key solos with Shake to elicit the twinges of attractiveness. But nevertheless she infrequently remains in a satisfied state of mind for long before the ultimate curve. “I wanted your body” shattered, a fractured, last-ditch confession, “but it came with your soul.”

Like Modus Vivendi, Many of the songs on You Can’t Kill Me focus on tough pain and heartbreak and self-reflection, here, but she comes to crisper implementations and becomes something more originating from her own suffering. “I wanna drink all night and stay inside/I think that’s been the problem” she sings on Initial Superstar “Invited” the sayings little a billowy, the melody was snatched from the ear. The album remnants a soft spark that moves into shifting onto a history fire. By “Vibrations” a comfortable Shake is able to wager on herself and attain the other edge: “You will never lead me to where You want me.”

The introspection and growth takes You Can’t Kill Me a little thicker from her past work, sometimes, but the lightened vocal delivery underlines her weakened lyricism. Music vacillate between impacting meanderings on romance consternation and soggy metaphysical meanderings. On the smooth “Wine and Spirits” a dirgey melody about just how stardom has decayed a connection, she muffed over replicated klutzy phraseology. “Yin and the yang is more than just a symbol” She arpeggios beneath trite squeals of acoustic. “Life is all about balance, war and harmony.” The koan-like rigs maddeningly impede The album’s clutching memories of self-examination.

Whether in paintings or in life, Shake appears to be extremely cognizant of the incipient critique. “It doesn’t matter what you’ re doin ‘/People gonna judge you too” she cautioned on the lack of the proper draught “Come Back Home:”. “Plainspokenness is part of her attraction; sings from the soul of whatever nervous moment is distressing her. On the fragile showcase” Cocoon “she demonstrates it — over an entrancing clip, anxious synth row, She explains arriving on her own through the uncomfortable means of an associate.” Why you didn’t grow up I don’t know/It’s making me so emotionally “she sings with calm seperated restriction, a little before the music incinerates with an earthshattering backbeat at the very last term. Sometimes she feels like he’s nearing the end of her cord, Shake stagnates the turmoil with a sharp sense of regulation.