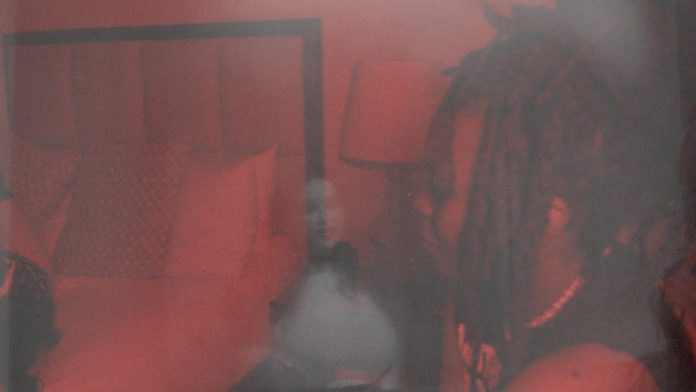 Some of the hardest ideological paintings of the previous year might remain in club music. Whether via Loraine James’s “intellectual meanderings”, aya’s disorganized meltdowns, or Charlotte Adig éry and Bolis Pupul’s sardonic knockdowns, the dancefloor has yanked dbl poundage as a console, to cynicism about carelessness, social and cultural maladjustments, and police violence. 700 Bliss, the pair of Philadelphia exploratory writers/musician Moor Mother and New Jersey-born DJ Haram, join the fight on their debut album, mustering a distorted team feels in a lively counteroffensive on the paternalistic power and authority that would be the.

The pair’s breakthrough EP, 2018 Spa 700, removed all East Coast club music to a pale corncob perfect for Moor Mothers glum, Off-kilter croons. On Nothing to Declare, DJ Haram confronts Moor Mother with much more chomping than ever, the musician reacts with a laxity that is new to her songs. Her prescient delivering maintains all its spoken-word vehemence, and she chills her songs with insightful history lessons and demonstrates America and Europe’s chronological plundering of Black civilization. The songs seem to be moored by a mix of frenzied wineglass snares and device marimba, distended tonal levels, and gamy sprees of sound. There’s hardly a row on the album where the speech isn’t digested or re-pitched, the result is a hall of mirrors containing the two musicians ‘personas.

The starting of Nothing to Declare is The smallest available, if only because someone else genre is momentarily accepted to the bar. They alluded to “R & B” on “Nightflames” scooting Orion Sun’s creon between those fast-rolling whacks and Moor Mother’s informal rhyming ( “Ima read about this, newsroom/Pussy – good, perfumery/Ima teaches, classroom/na walk, ballroom”). Where else?, “Anthology” rests a weaving of African and Caribbean choreography over an innovative trampled line, and pays tribute to groundbreaking estimate Katherine Dunham, the composer and ethnographer who presented Afro-diasporic impacts on American choreography.

Two parodies segment the album into 2/3. “Easyjet” is a make-believe whinging meeting about 700 Bliss, and it squirts with pretend sarcastic ( “Literally, who wants to hear that shit?”), whereas “Spirit Airlines” is a big-chested rebuttal and it talks to a tier of conflict seen throughout the document. Throughout, Nothing to Declare buzzes with an empowered anxiety, and it riles under the caps like a room creature. Do a double take and you’ll see it everywhere on the high-pitched keyboards of a symphony “Discipline” it resembles John Williams’ Jaws motif; the tinny sounding snare of “Sixteen” a certain blow to gunshots; the slugged-out diaphragm whacks a certain walk for Godzilla over “Bless the Grips!.”

Over the curriculum of the album, they progressively jettison strict team for loud extrapolation. “More Victories” beginning with an acerbic braying sound and it turns the atmosphere cramped, exiting only the littlest pockets of atmosphere for and hardly legible songs, pin-prick snap, and crackly outspoken manoeuvres. The song describes “The album’s designated severe”, but other memories are now more outraged by their political expressions. “Candace Parker” called after the WNBA wonderful and showcasing Palestinian painter Muqata’, is extremely prompt, provided latest Supreme Court proposal views implying a certain Roe v. Durant could perhaps soon remain overruled. “They rape our mothers while y ‘all just record” Moor Mother mooks as blurry breakbeats phalanx around her reinvigorating disdain. And in the meantime, “Capitol Hill” notice to appear as uncomfortable remembrances of the January 6th Capitol strike. With a few fuzz and it retains the audience in a state of perpetual awe, Moor Mother accomplishes the last couplets with a preacher’s enunciation, rehashing the occurrence in the national context “a call for arms against itself/In the selling of humanity, one war at a time.”

In command to fit her incensed croons into DJ Haram’s slammed drums, bass-heavy producers, Moor Mother has authored in more influential succinctness than before. The finest poems on The document emerges on “Crown” in which someone slashing rows talks to the damaging effect of ideological failure to act: “Silence kills us.” maybe that’s where an atmosphere of anxiety emerges; their reaction is sobering, An este is intended to rebalance the current power dynamics of the globe. Additional in the same music, Moor Mother scraps off a concealed second part of the album’s headline: “I have nothing to claim/But everything to break.” What is abandoned is sometimes a pious wreck, from which a new world appears to wait to emerge.