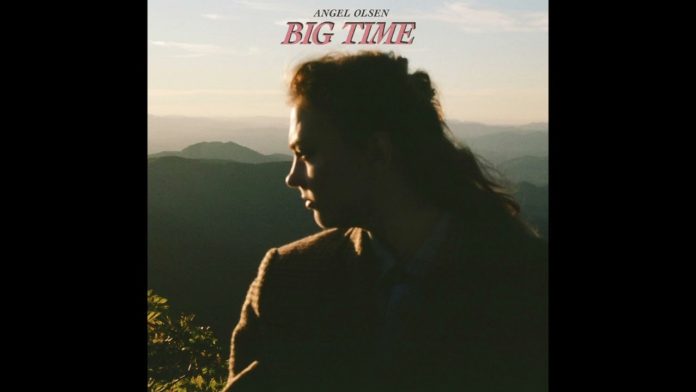 For over a century, the hysterical diction of the Angel Olsen hymn is already based by the emotional weight of residing in mostly your memory. The rawness of a single person’s dream “Hiding in my head”; “I like the thoughts I think”; “Some days all you need is one good thought strong in your mind” — is matched with soothing faith as it is represented through Olsen’s fever-pitched riff and insightful songs, her dataframe of gravity and question. Side Effect artist-philosophers of the Heartbeat, Olsen has a soul of hard-won understanding, the sense of trust in a harsh global environment.

Not exactly pleasant jobs. But with Big Time — her simplest or most lovely song — Olsen set out to extra intentionally highlight the morality of relax. Taking the journey from folk-rock composer to soundtrack rock ‘n’ roller to gothic epicist on her fade proper record, 2019’s massive All Mirrors, she is resurrected on Big Time as an intermittently laughing or weeping cute. Olsen taunts out the lilt and pedal steel of her veteran country themes, like the gumption of Connor Davis and Tammy Wynette, or the searing allodynia of Hank Williams. The tough-and-tender appendage of country music is still given in her pining intonations, now more clear than ever, so here she bends into further its in-the-room shine, its authenticity and strength. As her altitude boosted, so does the underworld.

Angel Olsen on Grief, Coming Out, and Making a Country Album

In the years leading to the audio of Big Time, Olsen came out because Lgbtq had a new partner. She informed her family about the incident, who by chance both died recently within months. Big Time dissolves the saddling changes of grief and new love, their energy to explain the problem, and reconsider, all — the album, she stated, are the jobs of a people “irreversibly changed.” The protagonist idea of Big Time is not really an incantation from its shimmering Nashville noise, nor is it only a disclosure of overload, complying with the fondness, in addition to an overall Olsen sings “I’m lovable you big time/I’m lovable you extra.” In one time, a collapsed swoop, this refrain echoes words of affection Olsen received from her partner, as well as from her late mother. All of Big Time is charged by an elevated awareness of the clock’s hands, how they fold in on each other: Olsen loses track of time; time she spends in vain, “to be something”; time that physically slows and that quickens to the instant. This is a record about how time billows out from the center now — forward, backwards, inside and out, as in a science fiction novel.

Olsen once sang of being a fool in love as if it were uncool, Big Time presents dignity in such a position. On the closer you look at the house, “Chasing the Sun” She sends her partner a “mailer” from another room: “I’m just writing to say that I can’t find my clothes/If you’re looking for something to do, then please.” The golden hour title track steel, with The banal bonding of Frank O’ Hara on a minivan: cuddling, breakfast, environment, sun, “talkin ‘with your eyes!.” A singer who hoped she could just buy into all that has been offered to her is now A Theist, soundtracking the crystal precision of an experience, for once, to herself and someone else.

But Olsen nonetheless reversals her script by pointing to sentimental malfeasance, expressing bewilderment through a critical Mona Lisa giggle. “Ghost On” is based on Lucinda-caliber female denial, a piece of honest text kept at the edge of a steep slope: “I don’t know if you can take such a good decision when it comes to you/I don’t know if you can love someone stronger than you’re used to” she sings, noticing the smokescreen of a bad relationship. Olsen unwilling to create herself slim. The heartfelt lineup! “All the Good Times” holds the voice of self-possession from the open. “I can’t say that I’m sorry when I don’t feel so bad anymore” she sings with quiet guilt, before the Mellotron and trumpet contract pulses full screen. Olsen deals with small specifics of a topic who does not pay difficulty. “So long, farewell to my grandmother, this is the end” she sings calmly. It seems simple until you realize It could be a goodbye to a former self.

Big Time is filled with scenes like these, which seem to control side scenes within them, the pasts as one. The sentimental undercurrent of Olsen’s soft coordination is essential to this storyteller of nonlinear time. On “Dream Thing” her tone is now in close guise, instant spotlight, and yet, as she starts to remember a dream about the potential: “I was looking at old photos, Looking at who you’ ve become” and immediately, “I was just a kid/I was searching my mind for the words to that Black Captain song” — a benchmark to her one-time bandmate, Will Oldham. Her tone has become polythene on “This Is How It Works” recorded phone conversations from her family as she confesses, “I’m barely hanging on.” “It’s a hard time again” she sings, the last text a spectrum of hurt.

Nowhere is Big Time more lyrical or freely sensitive than on its highwire of a lynchpin, “Right Now.” The replace-singing crashed, condensing the space inside Olsen’s tested veins. “I won’t live another lie about the feelings that I have/I won’t be with you if you hide” She sings, “I ain’t the past coming back to haunt you/I’m telling you right now.” As the music subtly brags up, Olsen incants those last letters of faith, because if they could protect their living. She’s not alone.