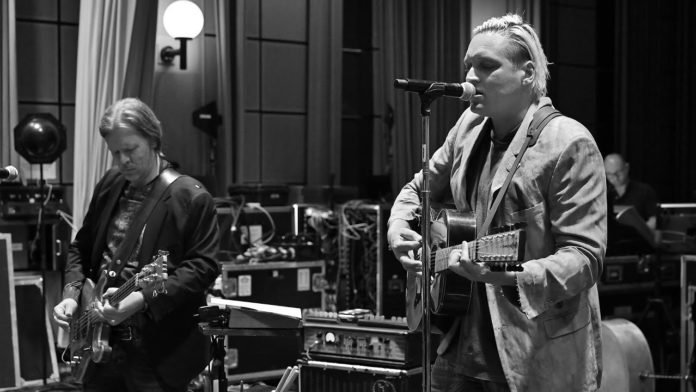 Depending on who you ask, the aficionados of modern stone either love or hate Arcade Fire. After the critically-panned Everything Now, enthusiasts had all been wondering if the group would double back on the 80’s breakcore acoustic with puerile words or create a “return to form” soundtrack. The solution is either. Arcade Fire’s sixth album was released, WE, the caption is named after Yevgeny zamyatin’s prominent dystopia. Strange and reversible, for a ring whose output had such contextually related songs to link the mixtape all, the song that draws inspiration the designation from a dystopia does seem to lack an explicit overall theme.

Coming in at just six tracks and about thirty minutes, WE doesn’t leave much room for something tangential. The song starts with “Age of Anxiety” a dancers and knurling track and it looks like a typical Arcade Fire chorus with the poems ‘And the painkillers are doing nothing for me’ /In the Age of Anxiety. The strongest pathways on The music are undoubtedly The first unmarried from, “The Lightning I & The Lightning II”. The four lanes interconnect flawlessly together and to form a single chorus with much of The same lyrical thematic and is one of The better songs The Ring has kept out and in years to come, principally because it sounds like the Arcade Fire at the end.

Musically, “End of the Empire I-III” is a very good track with shadow synths and dynamic, construction instrumentation. Songwriting, it is the lowest on the song as Win Butler strengthened to singing ‘I unsubscribe’ over and over before shouting and swearing ‘Fuck Fall 5′, whether this is a cheeky reference to their fifth album’s unfavorable acceptance or perhaps just because its wordplay is debateable. Regine music on any music can be A crap throw as whether it’ ll be one of the higher tunes on the music or the poorest, and on WE “” Unconditional II ” (Race & Religion)” definitely falls in the subsequently categorization being a scripted rail. The breakcore sonic with Chassagne’s special singing style arrives off as a cheesy pop piece of music that is much more at home on a Chvrches song. The album is connected with The soundtrack and is more of an audio centered project that develops as it goes on and does good work in bringing The album to a close.

As a whole, WE is a fairly product song and would be better received if it weren’t an Arcade Fire song. The accomplishment of their first 3 album tracks obviously puts added pressure on The team or they might never live up to The expectations of their enthusiasts. Retrieving Nigel Godrich as a producer for WE was a smart move as the album feels as much tied than their ending handful songs and he may have had an effect on getting them to be on the album “back to roots”.