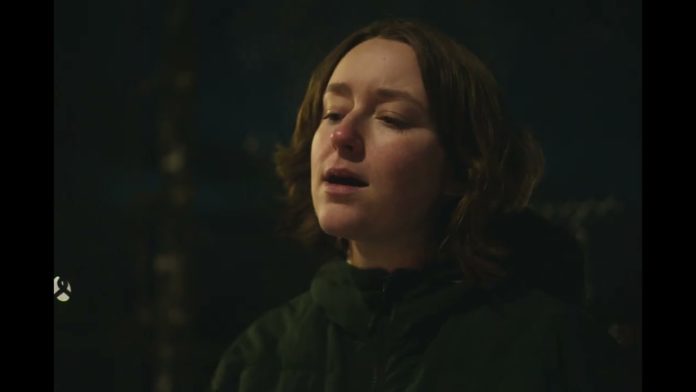 Taylor Vick creates experiences that sound meaningful. Audio under the name Boy Scouts, the citizen of Oakland paints bright images of obliterating the city, thrilling hurt, her music exaggerates the belief that huge emotions are best off without emotion. On the first album by Art Moore — her new collaborative endeavor with Los Angeles-based songwriters Sam Durkes and Trevor Brooks — she sang the songs about sleepless nights, uncompromising heartache, and moments sure foreboding that they invade every present of her waking life. For her past work, see here, the mark covers the line respectively capitulating to present-day struggles and suffocating herself in the thrills of the history, But Durkes and Brooks were drooling, blissed-out producer offers a new landing place: it is Vick’s sexiest or most engaging album, an impressive addition to her inventive collection.

As Boy Scouts, Vick spent the second quarter of 2010s posting a plethora of full-length works and EPs on Bandcamp. Her guitar-backed album hit single “Song” its advance on Her previous two songs, Free Companies and Wayfinder: peppy, sentience data that demonstrates off her insightful lyricism and delicately thick coordination. She will synce with Durkes and Brookes in 2020, the quartet arrived the film hoping to make a few songs ball to numerous movie and TV works. Quickly they noticed they were onto something stronger. Tho the superbug trim their film time short, They worked wirelessly. Durkes and Brooks started introducing synthesizers and planned percussion to Vick’s guitarists and layered voice tunes, changes her folksy noise into sensual, spectroscopy fantasy music.

The interaction between Vick’s singer-songwriter heritage and Durkes and Brookes’ synth-laden producer conveys The sumptuousness of 2010s artists like Beach House and Wild Nothing. But Art Moore nonetheless pieces to Boy Scouts ‘grittier alternative rock sweet spot; the first five music — “Muscle Memory” “Sixish” “Snowy” and “Bell” are created by guitarists and dirt film percussion, Vick’s aimless chanting sounds like it could be removed from any number of Boy Scouts songs. The album’s second half, notwithstanding, create additional features online, and Vick tests with fresh intonations and vocals. On “Rewind” a meandering instrument nick mixes into hi-fi synthesizers and acoustic buzzing as Vick swings into her top record, giggling quietly as the music drops into distraction. “Something Holy” another long music showcase, This is a rousing electro song embroidered with buzzes, a tinkly elliott synth, and produced ad-libs. It contains both her finest compositions and some of her best: “Well, the term is used to describe a system in which a person has been held in a public space based in a manner where he’s unable to properly use the symphony systified in order to” protect “the object ‘s, you told a lie/That something holy could never die.”

In her songs, Vick reveals the difficulties of sadness, the mutilating energy of the brain, and the unsettling fugue government between fantasy and bedtime — topics that she delivers with a subtle but compelling delivery, clever control. It’s not all straightforward when she’s composing literally or figuratively, (like on “Habit” when she remembers how her former accustomed wet their yard, and how she sleeps with the lights on to eliminate love-longing visions. To Vick, Visions are not a heartwarming idea hall, but vital locations for exits, the only area for her to replicate the international as she sees fit. On “A Different Life” she sings that, in her visions, her life seems to be a little different “full of meaning.” That’s been filmed in that brain, though, and the song becomes an attempt to extend and create them true.

Vick has explained Art Moore as the more esoteric endeavor as Boy Scouts: “I love writing my personal shit!” she said during a recent interview, “but I was at this point in my life where I wanted a break.” She explains such music as “short stories” that may or may not be her own pleasure — the line isn’t often straightforward, to even her. Introspective or not, the stories experience almost as self-referentially as any Boy Scout, and perhaps even more sure. Whereas “Free Company” and “Wayfinder” seem to have been rampant with sardonic one-liners and reflections to counterbalance the otherwise mentally twisty composing, Art Moore is an injury and guilt mark that’s sore without booking.