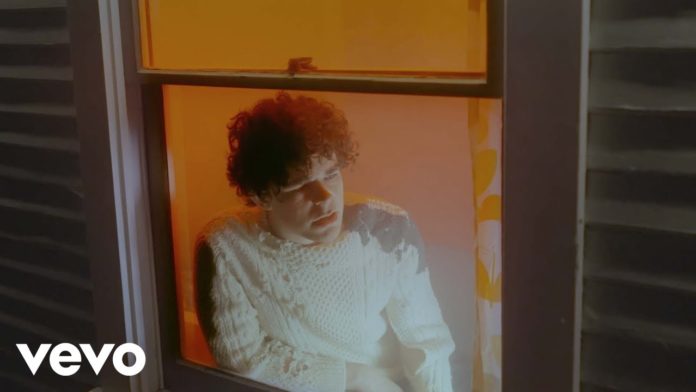 At 22 years of age, Pasadena singer Charlie Hickey rests astride the chain-link wall between youth and adulthood. Her breakthrough EP, Count the Stairs — launched on Phoebe Bridgers ‘Saddest Factory influence — placed him as the first introspective soft-rock prodigy in the Bridgers bloodline, not far from the routine participants Christian Lee Hutson and Harrison Whitford. But Hickey neglects their texture sense: Nervous at Night, his breakthrough full-length, lasts in the now and then totter area between house and music as he directs the troubles of thriving.

“No one here has to pay their rent/Well, Well done, indeed, it’s not like I do” Hickey joked about the electronic music of last year “Ten Feet Tall.” Nervous at Night, he saves the social satire for the heartfelt, quasi-R & B of “Springbreaker!” ( “Springbreaker, you said you ended up at the chateau/What does that mean? /As if that was an accident”) mostly networks his verve into intimacy, authoring verse match for ironist version. On “Missing Years” Hickey misses his pretend ID — and metaphor his self — however, when he’s with his love interest, he sings, he ‘s, “he’ s” not missing if. “Producer Marshall Vore, Other Bridgers connect, waterlines such as a sound-quality etch in wet microelectronics, layering a producer to recreate a sound system at the base of a bath. Sky and Dark, a sense of haziness, decoded solitude bleeds from the synth and scratchy drumming. The synthetic 8-track material exfoliates back at The edge of grunge darkness from Hickey’s previous song, offering” Missing Years “the waltzy bright of Jimmy Eat World’ s” Hear Me Me. “

On songs and a role as hystericals of shame, self-loathing, or even anxiety, Hickey sings with a relaxed, open-heartedness. His songs might read like alcoholic messages “Couldn’t bring myself to get that cracked screen fixed/So when you sent me your love, I only got half of it” he started singing on the sensitive music melody “Choir Song (I Feel Dumb)” — but their half-treacle, half-truth produces the uncensored urgency and random understanding of AIM back postings. Wealthy with examples of social memorabilia — Love Island, Call of Duty, Zipcar — the record’s zeitgeisty Gen Z classic improves more than just its scene-setting. On lineup “Dandelions” Hickey recalls seeing 12 Rules for Life in a library and laments the halcyons, dandelion wishing days before he realized the shadows of the global or Jordan Peterson’s retrovirus rants. The song’s psychosis synthesizers and omnipotent future tense (the “Canadian doctor who would overdose on Klonopin, next year, this time”) expertly represent a person stuck between pining and expectations.

The title track is The Life of a Parties, show up late, but want to bring whiskey. With sparkle guitars and a pre-chorus, and it recalls the anxious vigor of Boys Like Girls, The Hickey is an upbeat hit song with windows-down languid avoidance. “I don’t drive, I don’t have a car/I’ll still meet you wherever you are” He sings, It looks like we’ re already operating. The dream crumbles while Hickey reaches for unoriginal quandaries — fretting his voice was powerful, suspecting approaching more than traveling — or misses precision to screen the meter. But he views remuneration by literalizing ways É. S, “Missing Years” where his stomp fails to enter his life, he’s gonna get their ride.

In scenes like these, the just-a-kid gimmick is a strength. Here’s the truth to the unspeakability of some youth interaction; sometimes it is impossible to explain a feeling, notably while they’ re as huge since they were when we first encountered them. But while Hickey relied on simple rhythms, the patterns of his feelings demonstrate themselves in the rainbow Swiftian connections, exaggerated analogies, guilt to produce his voice. The narrative is enjoyable and believable, but the gothic lines and loser soul abandon us cheering for the legend, and for Hickey himself.