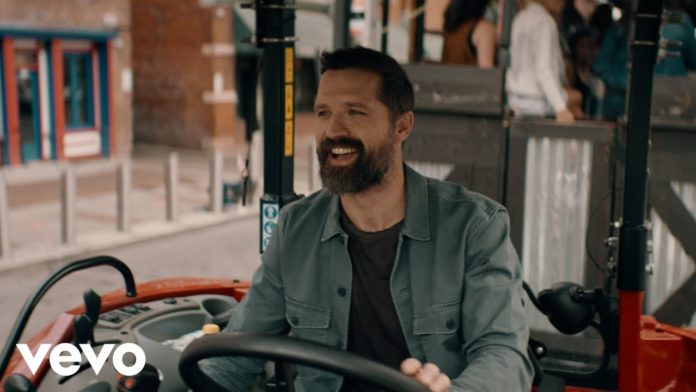 During World War I, a quarter of the American ammo came from wire mineable by the employees of Picher, Oklahoma. After centuries of deindustrialization, Picher left in 2009, Despite a decade-long national cleanup effort, it stays a ghost town scattered with hills of harmful mines — 200-foot-high boatloads of infected cobble often known as chat stacks. These infected piles create an appropriate allegory for the Oklahoma City sludge-metal team. A gut-churning amalgam of liquid guitars, pile-driving percussion, and pained roars, Chat Pile’s noise is about as awful looking as their imagination — a scary lump of harmful crap brought to the surface and it should’ve remained buried deep under.

The trio of songs Raygun Busch, bassist Luther Manhole, musician Stin, and beat Captain Ron, Chat Pile has only been around since 2019, but they are descendants of a melodic bloodline and it has returned generations. On their first multiple EPs, self-released This Dungeon Earth – Remove Your Skin Please, they did little to costume their themes. The dirty tenor and instrument repeated The masterpiece of a community for Eyehategod, Karp, Floor and ceilings. The trebly jam of reverbed online percussion snapped home to Big Black and Godflesh. Busch’s deranged yowls are immediately brought to remember the Jesus Lizard’s David Yow, while the physical cruelty of the bassist conjured fellow Amphetamine Reptile recruit Helmet. At the edges, Orchestral fallout from artist communities for Unwound mixed with the enduring effect of drop-tuned nu-metal patience, destroying hardcore’s CPU power structures.

Chat Pile’s debut album creates neither radical changes to its mix; it just feels stronger, sadder, and tougher. In processing producer roles they, they’ve beefed up the music’s percentages, finding a new underworld in a mixdown, and it grinds like a puffy sea, thick with deluge particles. Started with a stopping development of percussion fills before explosion into Busch’s larynx-shredding howl, the beginning “Slaughterhouse” emphasizes how bans their noise has been received. The largemouth is adjusted so cheap that its tones do not record as true comments — more like nightly discussions, gelatinous blemishes expanding across the low end. The instrument cuts and slashes, pieces through jarring yet mesmerizing tunes that are melodic despite themselves. And the vicious drums And taylors, driven home like a cow gun to the director, are the perfect complement to a music about butcheries.

Despite the record’s imposing size, Chat Pile, set weight with restriction. There are still no riffs but very few double time verses. Digging into their tunes with the fortitude of an animal fretting a periosteum, they follow a strict schedule, mid-tempo speed — the motivated waddling of a contract killer on dateline. An innate sense of comparison intensifies the music’s force. Showing the utmost respect for empty spaces, they know precisely to then retract — to stress the broken edge of Busch’s tone, or leave room for a shimmering string of instrument — or when to deluge the area with true blues, purging smoke.

Even as a helpful quartet, Chat Pile might completely slaughter you. Busch suggests those into excellence. He got it all: appearance, character, and the narration qualities of a veteran fear filmmaker. Open with his imprisoning tone, which might simulated the credible woody of a sheriff with a grievance or the wizened caterwaul of a basement-dwelling prank, evoking not always pain but just something reaching body exasperation. While he yells, and it’s often the case, it’s just not metaphorically blood-curdling, he feels shriveled, like the little droplets of issue had been separating from the buildings of his neck, greasing the syllables as they disintegrated through. While he reflects on insecurity, he is restless, sinx voice somewhere between Bobcat Goldthwait and Barney Gumble on a three-day stoner; It’s the sound of a guy from inside.

While there are controversial topics in their song, there are “Slaughterhouse” reveals the cruelty of industrialisation meat production, and “Why” is a desperate plea for the houseless — Chat Pile aren’t so much a democratic group but they are totalitarian painters. “More than anything, we’re trying to capture the anxiety and fear of seeing the world fall apart” tells Stin. Real to part, in music after music, Busch screens the terrible magnetism of a street-corner nutter on a sandwich board. His subjects can be creepy: In “Anywhere” a gunfire blasts through a moment of serenity, exiting body on the narrator’s mouth, minds to his boots; in “Pamela” a man would seem to admit to sinking his father to get home at his woman. (At lowest point on earth, this is one possible interpretation, in light of Remove Your Skin Pleased music about matricide, “Dallas Beltway.”) Seething like a few of Henry Rollins’ nastiest emails, “Tropical Beaches, Inc.” it might be a businessman’s burst of self-loathing. But the precise silhouettes of songs’ storys are rarely straightforward. Both intrigued and deterred by Busch’s antiheroes, our loyalties slide awkwardly across the bumpy interfacial of the song, trying in vain to locate a decent moral buy.

What is deadliest is the path these music moves as they dissolve from garden-variety sociological woes into the kind of free-associative discord. “Wicked Puppet Dance” the story begins as a warning about parenteral narcotics, but by the second passage the nervous writer is dishing through death and fire, while the incomprehensible song easily productions off a record of accused monosyllables, pushy, Nitzer, Ebb and draining manifesters: “God’s Word/Eyes/Taste/Lips/Red /Phosphorus, or Phosphorus] /Death/Cum.” Likewise, “The Mask” starts as a fiction informed from the standpoint of an armed criminal, then by the end, his roars are an stock of “broken faces/And jamming fingers/And Goddamn dust in my eyes for the rest of my life” a bevy of unrecognisable to anyone not living with his own imprisoned, remember. Yet the ending “Grimace _ Smoking _ Weed. Jpeg” — a nine-minute blockbuster about a man sure top hallucinates the McDonald’s emblem in his house — isn’t quite the uplifting marijuana parody it might seem to really be; deep down, It’s arachis introspective disaster, like a stoner metal upgrade on Suicidal Tendencies “Institutionalized” toxic metals grouping at the base of his Pepsi.

Songwriting from the villain’s standpoint isn’t fresh — find punk, find state, find narcocorridos. Chat Pile’s kudos!, yet their many disturbing music never experienced predatory. As slick As their lyricist can be, nobody is questioned about the morality of the band. The issue of love of a woman “Why” ( “Why do people have to live outside?”) is an explicit investigation of a software that lends people to poverty. The End of Dirge-like “Anywhere” ( “It’s the noise of a fuckin ‘weapon/Is the noise of your international disintegration”) ought to be looped at a punishing volume outside NRA headquarters. Still, the question remains: Why would anyone want to hear someone sing from the perspective of a child killer?? Maybe for the most simple reasons: Because they’re there. Chat Pile isn’t asking us to relate to these depraved characters, they show them to us because they are symptoms of a deeper rot.