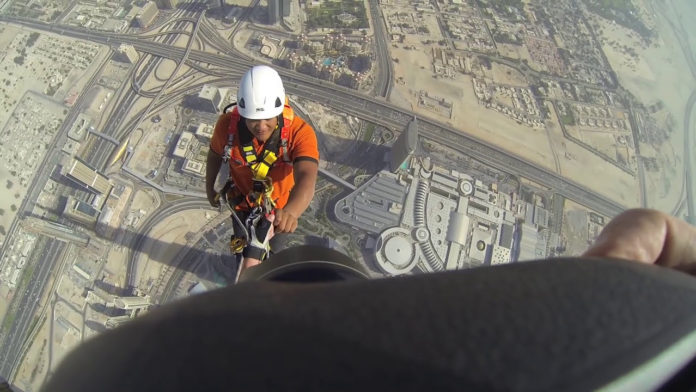 There is rarely a dull moment in HAAi’s high-octane genre, because Teneil Throssell is the lord of the quick cuts. Often she hits her songs with surgery accuracy, pieces through spectacular compartments of stops before pounding the beat back. At others they are called, he performed with a site medic’s frequency, cutting horizontally across mangled breakbeats, whereupon surgeries the scar with a tremolo blow of largemouth. But with all its common change-ups, Haai’s song never endures from a short attention span. Directing the mesmerizing, tunnel-vision impact of Underworld masterpiece, classic drum’ n ‘bass, and the early-‘ 00s production of brands like Border Community and Kompakt, its a sound as dreamy as it is in body. Thorsted acts like a cinematographer, cobbling and wayward strings into a part that would be film in focus; her break always contributes to an overall sense of continuity.

Born in Australia and centered in London, HAAi is already creating her product of peak-time play on tracks and EPs over the past five years, But her debut album is her greatest optimistic endeavor to still twist the power of the grumble into something stronger, something which encompasses the team without turning its back on it. Crammed with distractions, catcher windows, and neurite, the maze-like form that it implies over the program of its hour-long duration repeats the maze sizes of a strange club — its hallways and cul-de-sacs and darkrooms, Its scenes of thrill interconnected with landings into wonder or fear.

Throssell reduced her teeth, creating tracks, and Baby, We’re Ascending rarely has scene to date. The very first song is a house mixer overloading with melted parts of The industrial-strength genre. “Pigeon Barron” that says, conveys friend Mute group Daniel Avery’s totalitarian ecstasy in kinetic percussion and foreboding synth glissandi. And “Purple Jelly Disc” is a white-knuckled coaster and it translates from a lacunar genre basement to a light beach grumble.

The mood is neutral, the air is often cloudy. The awesome! “Biggest Mood Ever” uses the tone of Hot Chip’s Alexis Taylor to beautifully clashing influences, influenced breakbeats breaking through beige fantasy music like debris through a site of wildflowers. “I’ ve Been Thinking a Lot Lately” drapes pitched-down breaks in gloomy piano reminiscent of the Cure’s Seventeen Seconds, an enveloping fusion that recalls an all too short-lived strain of depressive drum-n’ bass that emerged toward the end of the 1990s. And “FM” a highlight, covers a sullen techno rhythm with Biblical grit and fog; a mix that tilts dangerously toward the bassy end of the spectrum, it’s boomy yet strangely distant, like a heaving dancefloor heard through warehouse walls.

More than any individual standout tracks, what’s most compelling is the album’s journey. Starting with the sound of a tape being inserted into a cassette deck, Baby, We’re Ascending unrolls as an unified suite, and the interstitials — like “Louder Always Better” a minute-long stretch of elastic sound design followed by 40 seconds of punishing techno — are often as gripping as the anthems. The way individual songs morph makes them often feel like passages snipped out of a DJ mix. There’s a knowing sense of humor in these twists and turns, too: “This confirms Side 1!” at the midpoint of the album a robotic voice is heard.

Vocals play a prominent role in about half of the album’s songs, and while they sometimes work — UK trans activist Kai-Isaiah Jamal’s spoken-word poetry cuts powerfully through the moody “Human Sound” They sometimes feel like Throssell is straining slightly for gravitas, Pasting emotion on top of tracks that communicate plenty of it on their own. On “Bodies of Water” her voice doesn’t fit with the woozy synths that surround her; She’s more convincing on the title track, a Jon Hopkins collaboration that recreates the heart-in-mouth feel of raving at its most ecstatic. She’s good on the closing “Tardigrade” too: The lyrics don’t necessarily scan very meaningfully, but the sound of her voice adds a Beach House-like airiness to the song, which balances gauzy dream pop with Yeezus-grade industrial drums. That mix of opposites is textbook HAAi, So is the twist that follows: In the song’s final seconds, a gentle fade-out leads to a three-second burst of drums that is completely unconnected to anything that has come before, and ends as abruptly as it appears. In this most cinematic of records, it seems only right that Throssell leaves us with a cliffhanger.