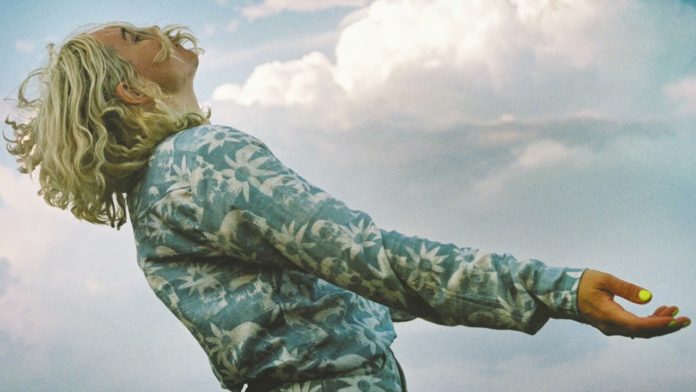 There’s rarely a dull moment in HAAi’s high-octane electronica, because Teneil Throssell is a maestro of the quick-cut. She often strikes her song with clinical precision, carving through stunning pockets of quiet before smacking the conqueror. Some would say “just like me.”, She performs with a ground medic’s density, axing horizontally across mangled breakbeats, after which suturing the gash with a twangy blow of bass. But with all of its regularly attended change-ups, the songs of haai never endured a short attention span. Harnessing the soporific, tunnel-vision impacts of Underworld masterpiece, Vintage drum n ‘bass, and the early’ 00s outcome of brands like Border Community and Kompakt, it is as intoxicating as it can be. Throssell acts like a cinematographer, putting the pieces and deviate strands into a type that would be filmmaking in scope; her cutbacks always donate to an amorphous continuity.

Born in Australia and rooted in London, Over the past five years HAAi has established her trademark of peak-time play on tracks and EPs, but her debut album is her greatest aspirational strive to still rotate the fuels of the whinge into something bigger, something that permeates the party without turning its back on it. Crammed with distractions, compartment windows, and geometric, the maze-like curve that it assumes over the training of its hour-long runtime repeats the labyrinth dimensions of a strange stripclub — its hallways and cul-de-sacs and darkrooms, its bits of elation laced with lands in doubt or desperation.

Throssell trimmed her teeth attempting to make bangers, and Baby, We’re Ascending hardly lacks for scenes of frequency. The very first song is a restaurant mixer bursting with melted portions of industrial-strength techno. “Pigeon Barron” where it comes from, evokes colleagues Mute associate Daniel Avery’s dystopian euphoria in kinetic rhythms and dizzying synth glissandi. And “Purple Jelly Disc” is a white-knuckled coaster and it results from a sunken genre cellar to a sunset beach grumble.

The trumping mood is ambivalent, the atmospheres are often hazy. The epic “Biggest Mood Ever” uses the vocals of Hot Chip’s Alexis Taylor to marvellously clash influence, disrupted breakbeats tearing through beige visions, munitions through a spectrum of blooms. “I’ ve Been Thinking a Lot Lately” drapes pitched-down breaks in gloomy piano reminiscent of Cure’s Seventeen Seconds, an enveloping fusion that recalls an all too short-lived strain of depressive drum’ n ‘bass that emerged towards the end of the 1990s. And “FM” a highlight, covers a sullen techno rhythm in Burialesque grit and fog; with a mixdown that tilts dangerously toward the bassy end of the spectrum, its boomy yet weirdly distant, like a heaving dancefloor heard through warehouse walls.

More than any individual standout track, what’s most compelling is the album’s journey. Beginning with the sound of a cassette being slotted into a cassette deck a cassette is inserted into the cassette, Baby, We’ re Ascending unrolls into an unified suite, and the interstitials — like “Louder Always Better!” a minute-long stretch of elastic sound design followed by 40 seconds of punishing techno are often as gripping as the anthems. The way individual songs morph makes them often feel like passages snipped out of a DJ mix. There’s a knowing sense of humor in these twists and turns, too: “This brings to the conclusion Side 1” intones a robotic voice at the album’s midpoint.

Vocals play a prominent role in about half the album’s songs, and while they sometimes work — UK trans activist Kai-Isaiah Jamal’s spoken-word poetry cuts powerfully through the moody “Human sounds” they sometimes feel like Throssell is trying to push for gravitas a little bit, pasting emotion on top of tracks that communicate plenty of it on their own. On “Bodies of Water” her voice does not fit with the woozy synths that surround her; is he’s more convincing on the title track, a collaboration with Jon Hopkins that recreates the heart-in-mouth feel of raving at its most ecstatic. Well, he’s good on the closing “Tardigrade” too: The lyrics don’t necessarily scan very meaningfully, but the sound of her voice adds a Beach House-like airiness to the song, balancing gauzy dream pop with Yeezus-grade industrial drums. This mix of opposites is textbook HAAi, so is the twist that follows: In the song’s final seconds, a gentle fade-out leads to a three-second burst of drums that is completely unconnected to anything that has come before, and ends as abruptly as it appeared. For this most cinematic of records, it seems only right that Throssell leaves us with a cliffhanger.