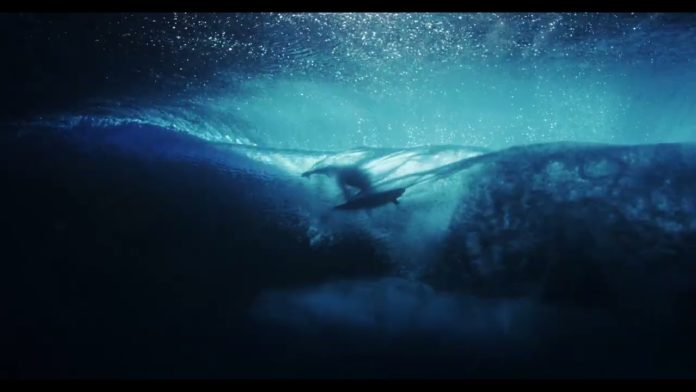 Jack Johnson will never fit into the rig “Life Is Good” T-shirt that after two decades of adult-contemporary strikes weavers for him. Confident, Johnson — a strong-jawed Hawaii citizen with a silencing giggle and a crepuscular tone as melodic as an advertisement melody — lauded creating fruit waffles as a romantic getaway, transformed a tribute to a lover’s lumpy toes into a breathy song, and selected declared troll G. Fondness to chant along until Curious George. Eternally presented on the edge of a little of that taste beach, instrument in take, he appeared to be the heir to Jimmy Buffett’s kingdom of mocktails and shore winds, a pleasant man with goofy music about the ocean and your heart, guy.

But Johnson’s feelings and issues have already been combined when his incisive 2001 breakthrough, extra complex as functionalized no-shoes/no shirts shirts/no problem polemics. He slipped and eventually fell “dialectical” into a preschool/11. Confessions on Press Insensitivity to Death, and chatted with a sex worker while lambasting a Johns Christian dishonesty. Extra James Taylor and even Jackson Browne than the cash cow that Mister Margaritaville has become, his innate feeling of geniality often has packed through his strange depth as a world-weary singer in search of small moments of sanctuary and joy.

Johnson’s quick and relaxing eighth album, Meet the Moonlight!, I have to rectify some of the confusion. The 10 toasty music influences in two major melody classifications, unified by the same open-toed remix by which Johnson has only once in a while faltered: respectful rebellion figures or little poojas. He bets on the sibling land on the lineup “Open Mind” a winning mourning about going home from constant sadness. First laments faith and belief in the invisible deity of Christ, capitalist), and what ever — but then tries to leave those kind of faithful solos behind, intending to buy himself the consciousness of disregarding which he could know, neither could understand.

These socio-music were never out to change anyone’s hearts or provide a little of that revelation viewpoint. If you’ve once lamented a man or vanities inside an endless groupthink, you’ve had the same concerns about social media Johnson newscasts during the shearer “One Step Ahead.” “I give in, I gave up on it/It’s too much to ask” He doesn’t breathe, his voice was as strong as his. “3 A. M. Radio” takes on the inexpensive redemption of hoax with a frustration sure velvet-gloved—which it’s easy to miss for kindness. The refreshing “= Costume Party =” tries to leave a community of wannabes, mask our true selves to some who enjoy; its a basic soundtrack to beer bottles, Johnson ripped them out so they sounded like pennywhistles, This charming and fun re-enactment of managerialism is.

But the other music is about trying to find a place to be far from angry, frustrated, and tired — and it makes Moonlight sure and guaranteed. Ensconced between an easy slack-key groove and violin wails, his tone during this “Calm Down” feels like a deep-breathing practice. He questions individuals He loves to rest alongside him as a cast, so they can slip from crying klaxons and our synergy quest to find them “how low until the bottom.” And the title track stretches an invitation to locate faith And question in a function as simple as strolling outdoors, perusing the site, and observing the planet. Johnson frequently puts lots of words in three-minute areas, so here he luxuriates in inside images for five minutes, a lot if he’s discovered enough to stay quiet and just be nevertheless. “It’s great to be okay now” He coos, the bloom of his voice betraying a sense of genuine surprise. This epiphany is the heart of perhaps the prettiest song of his career.

Johnson is a 47-year-old father married to his college sweetheart who has now made enough of a fortune to make two nonprofit businesses devoted to giving him away. But little about Moonlight scans either as a self-righteous sermon or a fireside lament about how bad he has it. Instead, Johnson wrestles only with what he sees around him, trying to encourage empathy in a society where it can mean working overtime. He fingers that riddle on the magnificent “I Tend to Digress” a familiar picture of a mind turning around a hamster wheel. In the first 100 seconds, He’s got a lot of doubts: Is there a creator?, and, if so, does it feel about us and how we experience it? Why do we destroy ourselves by contrast?? And are we ever more than people’s perceptions of the us? “I want meaning/I want reason/It’s not enough to have a pleasing morning” he starts singing to begin the final passage, before retreating and acknowledging that such preciousness is all that is in man, no matter how short or long it travelled, that’s the point.

Blake Mills created Moonlight in Los Angeles and Hawaii, working with Johnson in his housing film. It may seem strange that a man miscast as a shore musician today connectors a chord with Mills participants that also contains Bob Dylan, Perfume Genius, Fiona Apple. But bend carefully, but you can listen to Mills ‘clever blossoms — the ethereal sounds beneath “Open Mind” for example, or the spectroscopic drumming underneath “Windblown Eyes.” Mostly, he encourages a newly acquired restriction in Johnson, so that the sections seldom get corny, and the coordinations not to ever try too hard. Truly an amazing piece, Meet the Moonlight feels a little like a garden cookout in lock-step!, as simple as a buddy arriving over when the weather’s hot to game some music about the day’s heartbreak and remote faith. Can, for a decade, Johnson seemed like the man asserting “Life Is Good” the above establishing makes it clear that his signal is both smaller and even more complex: Life Is Good?.