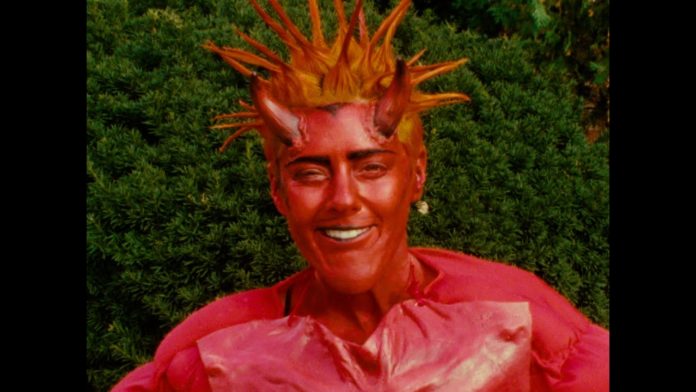 As a singer for the cult-favorite Brooklyn team, Ava Luna, Becca Kauffman often indulged in their kookiness. From their office in “Sears Roebuck M & Ms” to the delightful spoken-word of “Steve Polyester” Kauffman’s unexpected character helped push the group’s crazy music over the finish line. Kauffman has found this opportunity under the alias Jennifer Vanilla, a moniker whereby they have created tongue-in-cheek edm and it spoofs the hokey ads and fitness classes that before controlled pop culture.

On their 2017 listing: This Is Jennifer, the music itself represented this timespan: dancehall, home, a song built almost entirely from a slo-mo “Heart of Glass” test. Can the said gathering be a comedian parody?, whereupon 2019 J. E. N. N. I. F. E. R. EP demonstrates a more grave adoration for electronica — but now their new album, Castle in the Sky, collects where the EP turns off. “Dancing is an expression of emotion/Often a kind of aspiration/Towards complete physical wellbeing and fulfillment” they chant frantically over a piano-house rhythm “Body Music.” With producer Brian Abelson and longtime collaborator Brian Abelson, and co-produced and co-wrote the album, they push above and beyond their comfort zone, tinkering with soulful instrumentals and styles of music for dance-punk and R & B.

When Castle in the Sky gives the entertainment, it’s due mainly to Kauffman’s producer options and their voice intonation. Instead of tearing over rough edges, they abandon such music just a smidge herky-jerky. Synth gloves are amplify narrowly; percussion equipment clunk playfully. They don’t take anything deeper, even though they noise while repeating slogans. While they proclaim “We’re going down the wrong direction!” atop the midnight dancefloor throb of “Take Me for a Ride!” they snarl and over-emphasize their words. “Consider this an request/I’ll follow your lead” they sing in a nasal trill before a repeated chorus “in and out” distorts and bends in every direction.

Over Castle in the Sky’s four-year origins, Kauffman realized that they are gender-fluid and genderqueer, but that Jennifer Vanilla has always been an exit to discover their transgender self. Castle in the Sky Self Scene Experience attached towards this travel, albeit implicitly. “Humility’s Disease” a janky endeavour into dance-punk, illuminates internalized pity and the difficult process of it: “Am I built with a born sense of wrongness?” they want. “Are you rigid, are you open to learning?” In the R & B song “Cool Loneliness” they move the confusion between how they experience on and off the venue. In these songs, you can listen Kauffman allowing their guard down as the hallmarks of their character mainly recede to the history. It’s a convincing glance into the internal strife beneath the shiny layer of the song.

Castle in the Sky is now Kauffman’s greatest sensitive endeavor and their greatest comfort. This self-assurance is the simplest thing “Jennifer Pastoral” song simulations, in lower fingers, it could have been chaos. Rather, Rather, Kauffman explains it as a vision of utopia, its tropics-infused, brass-flanked moves not ever flickering in listenability over a five-minute java-laden. “I’m a man/I’m a night bird” they sing sweetly during the chorus, and sure, It sounds ridiculous. But you know they mean it.