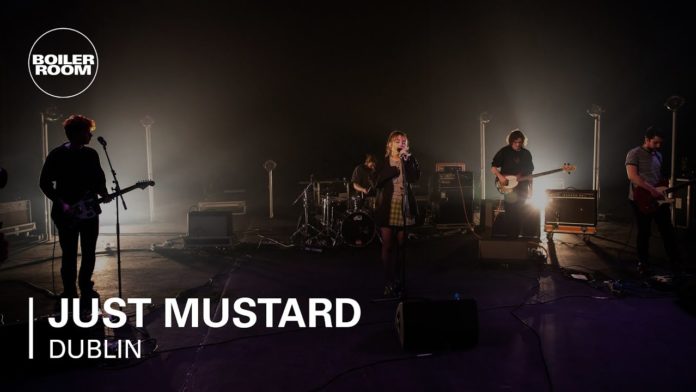 On their 2018 breakthrough, Wednesday, Mustard rode a ripple of sound towards the front of the shoegaze bundle, busting from the contorted pining of the genre’s gentler sycophants. Their pseudo-electronic mix of buzzing guitarists and trip-hop backbeats was infused with A skewed sound — the audio of Beat-era Bowery Electric’s manufacturing melody hemorrhaging into remnants of AMC’s Apocaly. R. Kane’s prisms silt. But perhaps they all find comfort in the darkest of places, the Irish sextet looks and sounds distinctively traumatized, twisty around vocalist Katie Ball’s siren-call solos and phoning into the split-second where anxiousness crumbles into despair. Arrived from a buddy, Depressing findings, including “I’m afraid of living on/Had it on my memory/Said it for all the duration/Cause the killed don’t remember” and “Boo” that would be a concern. Slathered in reverb and sent hurtling through a dizzying maze of guitar effects, Just Mustard document succumbs to the inertia of a panic attack with a biting urgency.

Ratcheting up the gloom, Heart Under sharpens the somnambulant dream-pop of their debut piercing through the mirage of a light at the end of the tunnel. From the fog-horn drone opener “23” to the wailing feedback freakout that closes it “Rivers” it’s clear that Just Mustard hasn’t changed much in the past four years. United behind Ball’s eerie lead vocals, she previously split with guitarist David Noonan, the band plunges into an even more entrancing darkness.

Lead single “I Am You” is a delicate high-wire act, an anthem for ego-death set against pounding drums and howling static. Grinding the creeping dread of slint “Good Morning, Captain” down to a lockstep march, six-string noise piles up slowly as Ball’s plea for transformation ( “Can you change my face?”) ascends until it becomes a command, part of the sea of feedback. Even during the less apprehensive cuts, such as “In Shade” She goes far beyond shoegaze “Voice-as-instrument” conception. Building her voice from a sigh into a full-throated cry in the second chorus, she explodes from behind a wall of ice, shouting in the night. She’s watching the world slip past her reflection ( “Mirrors”), processing the regrets of inaction ( “Rivers”), or disappearing into a mournful daydream ( “Early onset”), the thickest slabs of reverb can’t hide her talent.

Noonan and co-guitarist Mete Kalyon favor the types of effects that send legions of gear-obsessed fans running to the front of the stage to catch a glimpse of their pedals; if their ear for groaning melodies holds up, You can expect dozens of tutorial videos dissecting their haunting tones in the not-too-distant future. The blurred rumble of their interplay seamlessly alternates between atmospheric yawns and melodic jabs. Often, they take entire choruses for themselves, trading fours of manipulated feedback on the stomping highlight “Still” and dragging shards of noise across “Mirrors” a tambourine-driven groove. These moments of abandonment are immersive and bewildering, every song becomes a funhouse mirror.

Playing out like a series of snapshots from a dawnless night, Heart Under dodges catharsis or release, lingering in staggering volumes and frustrated desires. As the record comes to a close “River, NJ –” Ball contemplates how she could have held on tighter to someone who has slipped into the past forever, stranded on the shore of a distant memory. “Could I have changed a thing?” she muses, only to be met by a screeching tide. There’s no moment of transcendence, towering above the desolation and meeting a stronger version of yourself. It is an anti-climax that affirms the deeply personal reality of pain. Instead of holding a torch, Heart Under adjusts your eyes to the pitch black.