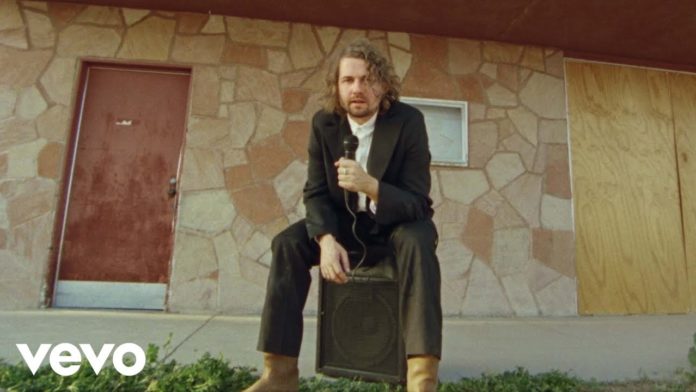 There is a Memphis that remains in music, where the 20th century have not ever finished, and the brown love of Boomer Americana nevertheless pounds. It’s a city where legendary — Johnny Cash and Sun Records in the’ 50s; Isaac Hayes and “Stax” in the ’60s; Jerry Lee Lewis, B. B. King XV in , and many other — when they stay, and could then, if only their footprints, reverberation, and space voice could be nicely reproduced. For singers, specifically, it’s some kind of medina: Paul Simon sang Graceland with a vintage Sun-style chant “traveling rhythm” on his huge, midlife history, which influenced him to eventually see the Mississippi Delta in his waking sight. He also played Marc Cohn, who leveraged a mad dash through Elvis ’empire and Al Green’s parish into an odd 1991 success, “Walking in Memphis.” It was rude, outright melodic travel, and it was rousing within its own words, and Cohn had the fortitude to speak clearly on the issue that scares everyone who step around the city for holy reasons: “But do I really feel the way I feel?”

It’s a Photograph, the impressive debut song by Kevin Morby, is partially a record with his own Memphis dream mission. With respect to depth and quality, it’s more connected to Simon than to Cohn: smooth and confident, but full of heart and crazy hits; wide in sentimental focus, shaped with theme couloirs and stairways; deluxe with era furniture, but organized in interesting ways, encouraging directions. Morby sounds like Dan Bejar performing his polite Dylan, with something cunning, tiny breathlessness. By blending his creative folkrock with the unquestionably satisfying feel of classic Christian and heartfelt rock, he’s created a style that’s evocative, melodic, and enjoyable, Morby created an optimistic history that remains confidently contained in his large collection.

Morby starts This Is a Photograph by observing a magnetostrictive pic of his man, kids and barechest “a window to the past” as he sings. The moving instruments and lively handclaps sound focused to seize audiences who would have brushed past The Kansas City Journeyman’s half-dozen songs, well earned although often unobtrusive by configuration, over the last century. He was pulled from the pic in the morning of a terrible medical emergency. While this shock of death has been accompanied by the fresh anxious of the COVID-19 superbug, Morby fled to Memphis, where the living and underworld seem really carefully intertwined. Finally, he could complete the music along with mandate of participants from Singapore and Sun.

While a few months at the legendary Peabody Hotel, Morby visited several American disaster sites: the Lorraine Motel, where Martin Luther King Jr. Was killed by a motorcycle bomber; Graceland, where Elvis was killed; and the perfect treasury of the Mississippi River where the wet ended over Jeff Buckley. There’s no problem, He noted the gliding noise that splits the haunting-powered vibe of the hotel “Disappearing” from the triangular, luminous “A Coat of Butterflies.” A direct address to Buckley, “Butterflies” as stunning as colorful sprigs of orchestral and instrument, aldehyde wisps of music, and melody vocals avantexed in the grouping acceptance of appreciated jazz drummer Makaya McCraven. It’s the perfect mid in which to halt Morby’s pliable wording, where durable stop rhythms grip all the way of evocative interludes and soar firmly into place.

McCraven’s is not the only name that pops through the air; a ship of violinists, Tenors, and even more wonderfully played throughout. Alice Jenkins sang on multiple music albums, incl “Rock Bottom” a’ 60s car bon-bon layered with beach rock bop-bops. Kelly Heidecker and Alia Shawkat appear, guffawing madly, and they aren’t even the most strange figures in a history where the sound of a feathery titmouse is mentioned in the liner notes. Real Estate Investment Company | Real Estate Agent, Morby’s equipment is potentially dangerous in very small quarters: In the ending “Goodbye to Goodtimes!” he creates the stupid option of introducing phrase mixdown after a few sections, repeating the names of Otis Redding and Diane Lane to assist highlight his figure. But even the most effective meta-musical hits have a you-see-what-I-did-there pang, but the threats could also boost an splendid authenticity that earns for all.

That authenticity came to the fore on “Bittersweet, TN” a medley for musician and melancholy violin that derives its bonding from its songs than of their building, with Morby and Erin Rae swapping sections with rising desire, until they complete each other’s phrases. And “Stop Before I Cry” which seems to be the contrary of the self-consciously bohemian “Five Easy Pieces!” with its “tears in the clothes” the record’s whispers de france force. The lines and flute exhale equally, in comparison to the leaping unease of Morby’s verse. “Katie, stop the song now” he implores. “Stop before I cry.” The song, naturally, halts on queue, to just keep returning in fresh insignia, percussion plays and whistling instruments. Such simple, self features make it clear that the record’s slickest Memphis tributes are indeed its most primitive pieces. This Is a successful Photograph not because of its memory but in spite of it, and Morby’s voices with the residing, not the silent, are, he talks a great deal.