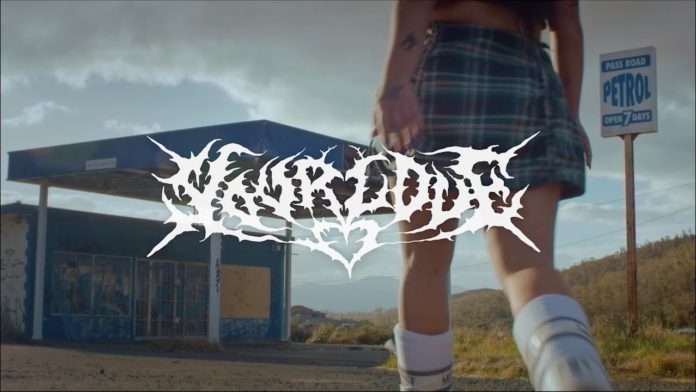 In 2015, a young girl from Brisbane called Grace Shaw added a song called Suicide Blonde “SoundCloud. Shaw’s debut album as Mallrat gives extra plot than the normal lo-fi ditty: The song explores a woman who first emerged in The video clip for INXS’ song but now struggles with anxiety, alcoholism, and an addiction to food. Song name-dropping Cameron Diaz and the long INXS song Michael Hutchence are absolutely brilliant, insightful and compassionate. One year later, Shaw released her breakthrough EP, Uninvited, a darting, an uplifting collection of songs about neighborhood angst and emotion like an outsider. Huge streaming victory, spacey tracks, and gigs for Post Malone and Maggie Rogers. After three EPs, the long-awaited breakthrough of 23-year-old Shaw, Butterfly Blue, creates her as a composer with aspirations stronger than the bedroom-pop style that previously described her.

Butterfly Blue is called for fighting senses: the stomach-churning joy of recent love and the sadness that very often says. Throughout 11 tracks, Mallrat illuminates wish and location: Her lyricism seems to be concerned with couples who stay only out of meet and actors and it briefly associates for only fire through. “I was in love, it’s not something you choose” she sang the title track. Numerous young artists lifted digitally, Shaw has a melodic omnivore appearance, stating Three Six Mafia, SOPHIE, and Yung Lean as themes; as a baby, she was intrigued by the lyrics of Imogen heap on a TV show “Hide and Seek!” as listened to on The musical to The Oprah. C. Butterfly blues music is primarily grounded in The worlds of sky music and fantasy music, with the tossed-off intonations of a tired online queen. As if one could underscore the effect, a truthful lid of Mazzy Star’s wispy strike “Fade Into You” appeared as a bonus disc on body publications.

For her full-length breakthrough, Shaw joined a ramshackle team of filmmakers, including Jam City, Konstantin Kersting, and Tommy English. The SoundCloud-y “Surprise Me” does nothing of the search until everyone’s fav shit-stirrer, Azealia Banks, makes it appear in a deeply jaw-dropping passage: “I squirted on him like a squid, now he inky-faced/He said my poses tighter than Nicole Kidman’s face.” the bullheaded burst of energy by banks briefly changed Butterfly Blue to an entirely different mark. Can Mallrat temporarily leave as a visitor on her own, she revives regulation with the clunky producer and mesmerizing song from the album showcase “Your Love!.” It confirms with a diced-up test of Memphis musician Gangsta Pat’s 1995 song “Killa (Part 2)”: “Hidden in the bushes with a mask and a pistol grip… I got a bullet with yo’s name on the fuckin ‘tip.” The threatening pic brings a little of that much-needed sharpening to Mallrat’s blurry storylines of love danger.

Mallrat has said she seeks to write songs and it sounds like a good idea “angelic children’s choirs and monster trucks at the same time” Butterfly Blue is now at the better when it firmly rolls and it pages. The romantic storybook “Heart Guitar” gurgles with electro-pop triggers as Mallrat whines of a lost love: “How do you give butterflies then tie them up in knots?” she mutters dreamily. “Teeth” packages mysterious ideas of gender and energy into an ubiquitous ghost with the remote whine of Sky Ferreira. E. Night Time, My Time. Extra convincing was indeed Alice Ivy’s producer, that crumbles Mallrat’s lyrics into a blown-out jam of echo. The Sound Liberation Song “I’m Not My Body!, It’s Mine” takes a more gentle approach, with a background loop of hushed, wordless harmony that would make Brian Wilson proud.

In the warm and twinkly “Rockstar” She dreams of marrying a famous musician who will help her forget all about her ex. The twist, however, is that in this scenario, Mallrat is a Grammy-winning superstar in her own right, and she can rely on herself: “Don’t think you’ re slick for cashing in on your magic.” Tracks like “Rockstar” and “I’m Not My Body, It’s Mine” succeed because Mallrat’s strongest songwriting prioritizes specificity over impressions. It’s this close observation that allowed early tracks like “Suicide Blonde” to stand out, more frequently on Butterfly Blue, Mallrat gets lost in loose daydreams. When she latches onto particulars, she soars.