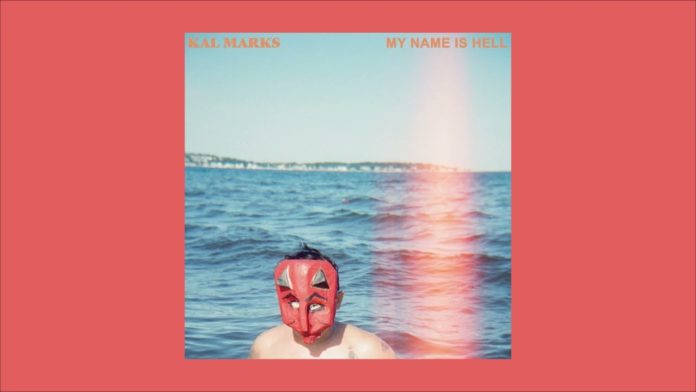 Before burning out in early 2020, Kal Marks shook Boston’s foundations underwater. 2018’s Universal Care Music Video described The noise-rock pairing at its spiky climax; singer-guitarist Carl Shane personifies an intelligentsia antihero on the point of fall, his rumbling screech in the noise of a guy falling into an intraabdominal depression, aggressive fear. Pursuing the solubilisation of the recurring energy pairing, The band’s fractious fifth album, My Name Is Hell, says Shane of a new self-made trio unfolding a thick tapestry, garrulous noise with acerbic braggadocio.

“This might be delusional, but I just feel more like a realist than a pessimist” Shane informed WBUR in 2018, a concept that has crept over the group since its founding in 2010. “I understand that, likely, Nothing good is going to happen, y ‘know”? “My Name Is Hell strongly guards this idea:” I know the wrath of God/Like the tracings of my own palms “he wails on the yummy trek of” Ovation “his tone texture and jaded tone. It does not record as the Kal Marks of yesteryear, the monster with his back against the wall. In which past data feels bound by chains In a junkyard, this music is crazy and wandering, flowing with excitement.

Shane, Today supported by Bethlehem Steel’s Christina Puerto on instruments, A Deer and A Horse’s Dylan Teggart on percussion, and musician John Russell, used the fresh roster to reach out the group percentages, introducing strands of ’90s-inspired instrument tunes and soft interactions to a shaking and sweeping sound, rhythm-focused noise; the song carries the most rhythmic connections his discography has ever seen. Featured lineup “My Life Is a Freak Show” messages a move similar to Swans and Harvey Milk pursuing their first two outspoken producers. The days of dreamy crime (Universal Care “Fuck That Guy!”) They are all gone; the taunting interest of soul and recognition are ( “My life is a freak show/I got no place to go!”).

Peppy, Rockabilly music “The Future” and the upbeat “Everybody Hertz” experience more within staying with past Kal Marks colleagues like Pile and Krill, communities and how the Boston episode affected their original founding. But whereas Kal Marks when provided as the aloof outsider, confidently playing songs without any meaningful song to grasp onto, the new generation of the team allows itself more area to reach through, making outrageous fresh rhythmic options as it does. “I’m bored again/I’ve never experienced loneliness” Shane confesses on Roomy Album closer “Bored Again”; in a sparse manner, airy moment like this, we are witness to a rare breath unadorned by anger or power, a striking instance of vulnerability that skips like a rock on a pond into lapping cymbal crashes and dual guitar leads.

At the crux of every Kal Marks release is a jaundiced study of humanity. Corporations, Politburos, organized religions are predators of the working class, the unequivocal antagonists in every story Shane tells. My Name Is Hell, but hearing his wits-end exasperation over the Jesus Lizard-esque “Debt” — “Debt! The demand is rising, it absorbs all… Debt, do you know my name!” a tired 35-year-old has considerably more juice than a tired 25-year-old. “Gone are the days I used to experience – there is always something new available” he blurts on “Shit Town” a suburban post-hardcore anthem which doubles as one of the melodic offerings on the album, His tone biting and cold.

My Name Is Hell Is a chronicle of fortitude. “Won’t let Hell win” Shane repeats the jelly-like title track of the album, remarking on his next meeting with his producer. For the above group to be choked by working-class adulthood would be anathema to the very objective. Rather, I would guess that’s a good idea, Shane and the business once again mouth the facts and disease their greatest. It is the above repetition, the above startup style of pain control, and he concrete Kal Marks as the solemn landscapers of Boston’s post-hardcore action.