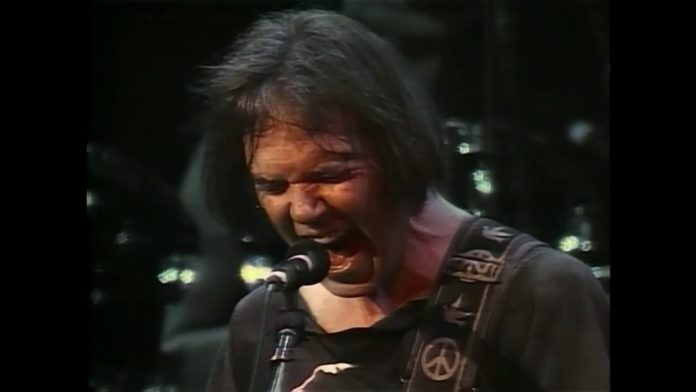 Among Neil Young’s one-off genre experiment songs is the song , 2002: Are You Passionate? Loves neither the enraptured revival of his expansion into synth-pop sci-fi nor the fame of the rockabilly remake function that received him prosecuted for not voicing so resembling himself. Maybe because you’re Passionate about something?’s lively premise — a song big on slow-burning tunes that reference in the direction of 1960s R & B, supported by the Senior Director Booker T. And the M. G. — It seems like the sort of thing any number of Young’s baby colleagues might have tried a few generations into their respective careers. It’s not as openly innovative as some others, and it has its trinkets. Each of Young’s numerous characters is the singer who could attrition out a wonderful song without too much apparent effort, and the classic soul hallmarks of Are You Passionate? Just seems to take that part out of him, with many unexpectedly sensuous music to differentiate it from his side initiatives of a similar period.

Not a bad mark, but hardly anyone’s fav Neil Young album, and/. That creates Toast, An unreleased seven-song gathering noted in 2001, over quarter which eventually made its way to Are You Passionate? As a slightly updated part, a relationship with fans only. The racks: Before bringing the M. G. I’m in the film, Young noted such music with Crazy Horse, the group of great sandstones primitivists who has supported him on some of his best-loved songs over the years. You could imagine!, given the concepts, that Toast might substitute the in-the-pocket smokiness of Are You Passionate? Features resembling “Quit!” and “Mr. Disappointment” (renamed “How Ya Doin ‘” now) with Crazy Horse’s comfortable unpolished storm. Rather, the alternate versions show that Young had the subtle R & B of Are You Passionate? To remember before he even employed the M. G. S to game it, but that Crazy Horse had been better than anyone could have anticipated at providing the sorts of rhythms he was only after.

Crazy Horse: Remake “Quit” That begins Toast, for example, is seldom, and the one the M. G. Was established the following year, other than by its slightly darker audio faith. That isn’t clear a logo against it. It’s a good music!, with a melodious song and tear-jerking concepts: Young devotes the passages trying and failing to tell an associate not to abandon, despite the pain he’s caused her, before a song that comprised only her stone-faced answer: “Don’t tell, you love me.” The band is more than capable of creating The right atmosphere, it’s like a corner bar after the revellers have left and only the regulars remain. The rhythm section is appropriately laid back; even the call-and-response backing vocal arrangement, the final version’s most overt homage to Stax-era soul, are already in place. Are You passionate??, Young’s scorched guitar tone and pleasantly meandering leads provide a welcome contrast, elevating “Quit” beyond the pastiche and toward something more idiosyncratic.

“Goin ‘Home” and “How Are Ya Doin'” are similarly shaped into a piece in their final forms. The former, the only track on the original album to feature Crazy Horse instead of the M. G. S, sounds, predictably, The same band playing the same song. The latter becomes a little less interesting in its Toast incarnation, replacing the Tom Waits-like gravelly low register Young tried out on the Are You Passionate? Version with his usual clear-throated tenor. It’s impressive that Crazy Horse were able to pull off the style of Are You Passionate? All right, but their skill raises a question. A little roughness around the edges might have made these previously released tracks a little more distinctive; their surprising slickness means there’s little compelling reason to put them over the better-known versions.

Three songs from the Toast sessions didn’t make the cut for Are You Passionate?, they appear here for the first time as studio versions. “Standing in the Light” sounds like cheap beer and clunkering vehicles, with a dumb, fun fuzztone tune but not much songwriting-wise beyond that. “Timberline’s new design is a hybrid of the Timberline, Timberline’s Timberline and Timberline’s upcoming Timberline line” is now in a related hard-rocking street, and with more entertaining songs, played from the perspective of a syslog who loses his job, and subsequently, his faith in God. “Gateway of Love” tho the best of the unreleased tracks, a 10-minute instrument exercise that differs from the numerous related voyagers in the Horse collection with a Latin-feeling polyrhythm instead of their standard four-four hit. It’s easy to understand why Young experienced these music didn’t fit in with the forlorn tone of Are You Passionate?, but they’re everything worth hearing at the least when.

The many compelling reasons to offer Toast a switch is “Boom Boom Boom” its 13-minute connection. Hierarchically, it’s not an unique thing “He’s a Healer” the nine-minute version of Are You Passionate?, which is among the jazziest songs in Young’s canon, cycling between a menacing one-chord vamp and a more harmonically elaborate instrumental refrain, with plenty of group improvisation throughout. But its arrangement on Toast is richer and stranger, piled on layers of seasick piano and trumpet. And in contrast to the rest of the Are You Passionate? Tracks on Toast, Crazy Horse’s play is noticeably more raw and exploratory than the mtv version. G. S. Later take, always on the verge of falling apart, without the glue of Booker T’s organ holding everything in place. The performance is suited to Young’s songwriting style, which addresses his attachment to a woman who may or may not be ready to dump him. “There ain’t neither manner I’m nigga, let the fun moments fly” he sings again, a line that might strike an inattentive listener to “Are You Passionate? As a straightforward call for celebration. On Toast, here’s no mistaking it for anything other than the desperate plea for change it is.