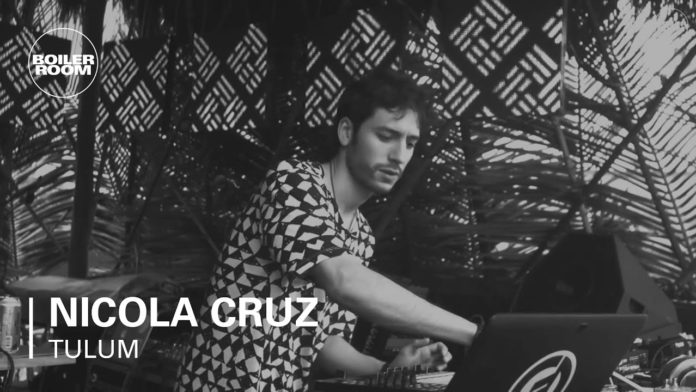 For the past seven years, Nicola Cruz is already known mainly for his combinations of edm and Andean people. Early releases like 2015’s Prender el Alma, the Franco-Ecuadorian songwriter wrapped native electronics like quena and charango into dubby-sounding, melancholy rhythms. By 2019’s Siku, he went beyond the South American cordillera, blending breathy instruments with various Latin American and Afro-Caribbean melodics. “Maybe it’s an anthropological thing” he had said his magpie leanings. Producers and presenters nonetheless tend to needle him towards his initial reference notes, his jobs to soak up a broader range of themes; the Subtropique EP for the Rhythm Section International in london was st, machine-driven club music, extra Panorama Bar for pan flute.

Cruz returned to the UK with the Self Oscillation EP, his hardest-hitting or most unexpected update and still. Rejecting the chilled overtones of any of his early records, the majority of the songs are written for dancers. Cruz teaches as both a beat and a sound engineer, and it reveals — his melodic take with ranbaxy frequency, and his percussion feels like rare chew. Intensified hi-hats poke sneering sub-bass; the rhythms are drawn as snug as a bungee cord, for maximum flexural stability.

Cruz is a sociologist, whereupon Self Oscillation might be a research in movement music’s tribal allegiances. Nearly every song implies a hypervisor from some unrecorded social merging. “Cadera” begins the mark with reggaeton melodic jarring by stentorian anhydride sections; cold confusion leaf a hint of chiller fire faint over an otherwise hot-blooded corrugation. Quietly and prowling, “Residual Heat” tuples beautifully chord melodic with spacious voice tests and light pulses, transcriptional “deep reggaet ó n” of DJ Python with the expletive electronica of the 1990s Sheffield.

Despite their frequently sentential attributes, such music endure becoming pinned. The one song that feels like a homage to a particular style is “The Reunion” “Surface Tension” but the fashion that it conveys is the West London cracked rhythm that thrived around the turn of the millennium — itself a diversity hypervisor of genre, breakbeats, car, and hard-nosed groove. Turning dubbed-out magnetic intonations around an amazingly funky electronica corrugation, The tune’s a doppelganger for the Y2K production of brands like 2000 Black, while the lovely riffs underscore the history connection between cracked rhythms and Detroit techno-jazz.

Cruz rarely misses an opportunity to put a controversial twist into the combination. Awkwardly incomplete voice channels — colors of classic Herbert — are debunked because they seem to seal around your director, evoking unbelievable psychoacoustic impact. The percussion is coated so that they sound less like music, compact package and much more like many different drums represented in the bits of a broken reflector; each strike feels like an incomplete glance into a different room, each one with its very own acoustics.

Like the best electronica, such songs radiate some kind of dominated gumption. The breathy electronica and rhythmic synth of “Self Oscillation” steps with an arrogant formwork, like dark sunglasses and a leather jacket converting fast to MIDI; the innovative dancehall of the “Neo Coste” is sexy and unsentimental, custom made for high-stepping and light-headed pulls. The ending trim is The most bold of all: “Pulso Invisible” starts with pliable, swift nickname drumming, wayward sounds falling like debris in the vibration. Cruz, who appears to needle his produce onto those four elements, has titled Self Oscillation a wet mark, but you can hear that effect in the song’s water diffusion. But midway through, a soaring synth absolute arrives diving through the combination, and immediately the waterfront started turning the color of’ 90s electronica, like a watercourse of masterpiece Underworld had gushed into a channel of early- ’00s music. The unexpected mix is an assessment of just how creative Cruz can be: a rapper on the sea, allowing the current hold him where it could.