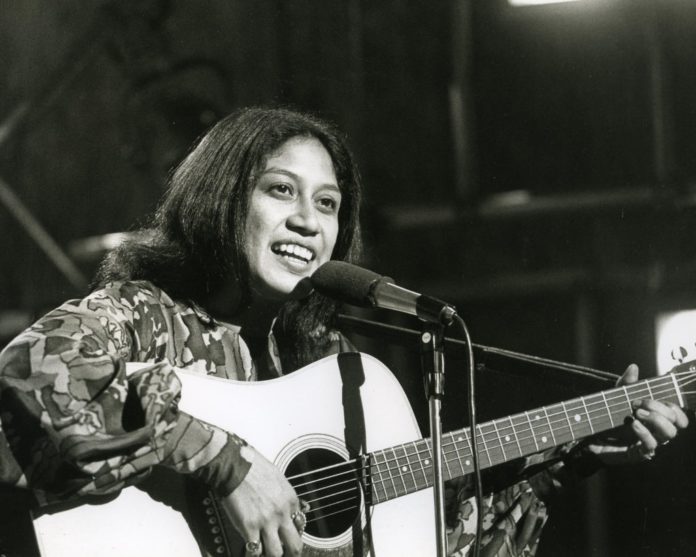 Imagine the women in Norma Tanega’s music with hands intertwined, the cold of Manhattan, The jacket of Bob Dylan’s freewheeler. The singer-songwriter of The 1966 semi-hit “Walkin ‘My Cat Named Dog” he provided a dream as shaped as Dylan’s or Aretha Franco ‘s: Self-mockery as self-reliance; folk verities plucked from messianism and relevance; quer and everything very angle about it. Gathering multiple studio LPs with the other album’s worth of unconfirmed content, I’m the Sky: Studio and Demo Recordings, 1964-1971 signals the first thorough objective the above media danger has received, and it’s a good one — the collection asserts for a composer, or someone that could’ve remained big had her mark renowned, what to do with her, had she gone the flash of a job as intensely as she did take her freedom.

“I never wanted to be a serious artist because I like to laugh too much” Tanega once said. The baby of a Filipino man and Panamanian family, Tanega didn’t look like other folkies. And the oddball transformed her heritage into content. I’m the Sky’s “If Only I Had a Name Like Norma Tanega!” the ballad is shown, “It can rise to the occasion/Even though it is not Caucasian.” A sojourn at Claremont College learning classical music – A step up to the Greenwich Village cafe, episode 69, where she finally hooked up with Bob Crewe after her recordings pleased the Four Seasons singer; He and maker Herb Bernstein have been gone by a melody Tanega wrote about a cat she preserved on a strap. This seems great. In the post-Joan Baez period, Crewe and Bernstein battled the desire to portray Kadazandusun with dignity. Maybe the bisexual Crewe appreciated the sense of fun and the tarnishing of earned applications, the homosexual’s enduring presentation to popular culture.

And the timbre difficulty Tanega brought to her lyricism. The songs don’t end their yuks and toots. A wry eulogy or A turning of the grave, “You’ re Dead” uses doomy chords to address a “you” who might be Tanega herself or a lecture on planned obsolescence: “You’ll never get a second chance/Plan all your moves in advance.” The collection includes “I’m the Sky” not quite hippie bullshit kept at bay by her mournful, bassoon-like timbre, which darkens the happy songs and buttresses the sad ones. Even better is “Jubilation” a sexy-as-hell come-on in which an oboe deepens Tanega’s most loveable melody; Valentine has the swagger of a canticle. “A Street That Rhymes at 6 A. M.” will stand as her anthem. “Syncopate your life going against the grain/Don’t you let them tell you that they’re all the same” functions as advice to a prospective acolyte, or as a lesbian avowal. The alone-and-in-love-in-the-big-city air has a wintry crispness.

There is no evidence of this existence, it’s tempting to imagine that Paul Simon was a musician “Walkin’ My Cat Named Dog!” in mind when he wrote about Chinatown to Lin’s chow fun. The next album by tanega, 1971’s defensively titled follow-up “I Don’t Think It Will Hurt if You Smile”, the moment is too long. Stressing her silly-goose side, the songs evoke a memory of the swinging London and period pop stylings, to mixed effect. The influence of The Rolling Stones “Lady Jane” flickers over “Elephants, Angels and Roses” and the instrumental “Cowfold.” Much better are baubles like that! “A Goodbye Song” a polish away from competing with Janis Ian and Carole King on the pop charts.

Reluctant to adapt to the times, or because she simply lost interest in them, Tanega moved to England with her lover Dusty Springfield in 1967, for whom she wrote the devastating “Goodbye (Go, My Love)” with the help of Johann Sebastian Bach, and “Come for a Dream” with Antonio Carlos Jobim. Traces of Tanega’s influence color Springfield’s vocal choices too: The purr on tho “The Windmills of Your Mind” and Dusty in Memphis “In the Land of Make Believe.”

That’s what Tanega said. Returning to California in the Nixon era, she replaced paints with guitars, as commemorated in the recently published “Try to Tell a Fish About Water”, without entirely giving up on music. She became a familiar figure in the Claremont LGBTQ community; she even taught English as a second language. She died in 2019. A bit of A stretch from the first listen, I’m the Sky whets the appetite for more unreleased Tanega movies. She wasn’t a camer or could-have-been. “A Street That Rhymes at 6 A. M.” nails!: Tanega finds her place in time. Like many Queer artists, she stood in plain sight hoping that the audience would accept her unaccountable interests but she wouldn’t give a damn if they didn ‘t. Maybe give a slight damn!. Queer artists often have mixed motives.