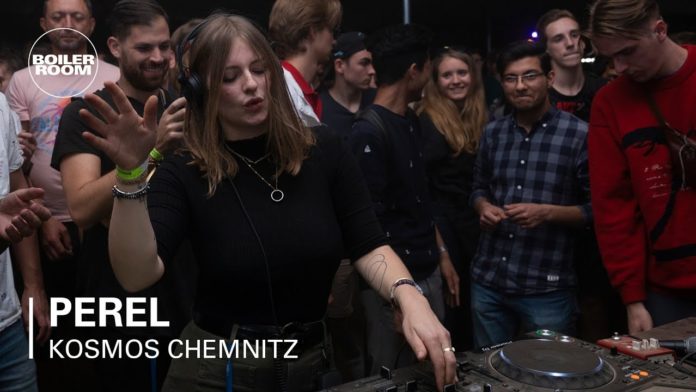 The world of song appreciates grandiose ideas, Perel may have been this year’s winner, considering. Jesus Was an Alien, her follow-up to 2018’s Hermetica, on DFA, the German musician and DJ asks a meaningful late-night wire software question: Was Jesus currently an extra-terrestrial? — whereas supposedly promoting “a social debate about what is and implies religion today” bulky topics that create movement music carry stories of getting down and sometimes stinky pale in comparison. Add in a playful sense of fun — the album’s lid showing Perel suckling a kid alien in her skin — and you will have what should be one of the most interesting dance updates of last year.

Sadly, Jesus Was an Alien falls short in its desire. Maybe it’s unreasonable to expect divine revelation from an album of synth-heavy genre music by each of Germany’s extra consistent resourceful brands. But despite its big settings, Jesus Was an Alien arrives across like thin and quite innocent. Perel’s producer is definitely colourful and percussionist, the simple pairing of chord synth tunes and electro-disco percussion equipment has been around since “I Feel Love” there is no fresh produce or dirt to differentiate the album from the jobs of hundreds of tech-house rookies. The melody themes, very much, are somewhat dark: Repetitive “Religions” regurgitate the word “Schaut mich an!” ( “Look at me!!” in German) Maybe power out of a strongman in 1517, While Martin Luther was striking his mark “Ninety-five Theses” Wittenberg parish windows, but unusual to strike numerous hearts in an period wrestling with simulation theory, String theory, and AI. The Song of George Washington “The Principle of Vibration” not all songs end in a single song title; and does anyone really have to have another music of “The Matrix”, four remakes flat?

This wouldn’t issue if the song on “Jesus Was an Alien” Was more lively, but the producer of the album rarely goes beyond his expertise. Perel statements about felt “emotions and colors piling up inside me” because of her synesthesia, but the color scheme on Jesus Was an Alien implies a functional victory with the infrequent suggestion of sky. The above is a faint album, melodic, that work in consistent straight lines: Synths rolled along like cruise-control electroclash, percussion equipment check by, and a music creates its innocent tone renowned on “The Matrix” a loosely old-school home music that represents Joe Smooth’s “Promised Land” with all the love blue-pilled out of it.

Other team conceptualists, for Drexciya or Jeff Mills, have matched a bulky subject with a feeling of sincerity, but Perel’s perfectly functional song, while removed from its songs, could be about everything, truly breathtaking!, and it steadfastly refuses to catch fire. “Kill the System” It is so tested by its chord walk that it makes me really want to re-evaluate my homeowner’s insurance rather than rant about the obstacles.

Making stuff worse, Perel joins one of the few artists this day who is hammering on the mix of subterfuge, lighthearted, and the truth that Jesus Was an Alien is trying: Montreal mischief-maker Marie Davidson. It is a choice similar to suggesting Van Gogh to finish off your blossoms, and Davidson completely surpasses her broadcaster on the album’s title song. Davidson’s songs enhance the plot in which Perel’s land with a clunk; her distribution buzzing with a conniving regulation to Perel’s frequently tired trek; and she offers the album’s best voice song by really a long mark. It may be one item Perel seemed to have ceased boldly; rather than a, she easily underwhelms.] | As it remains, Jesus Was an Alien’s art surpasses the song in both effect and gravity; Perel’s biblical threat is unlikely to win many conversions.