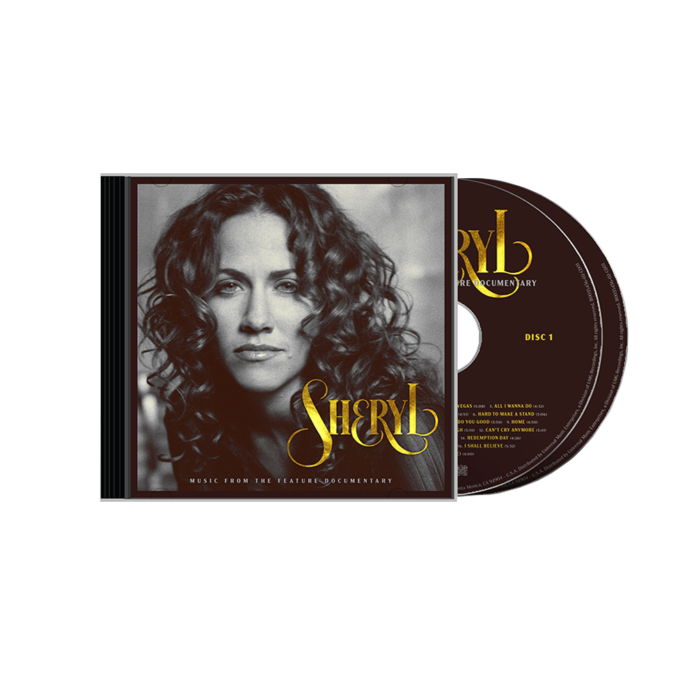 Toward the end of “Sheryl”, A new documentary that’s somewhere between a soft mythmaking and an online media package, Sheryl Crow has made progress in her position as a music business senior: “Here’s a weird thing that occurs when you become a ‘legacy composer. It’s sort of a sideways praise. It’s like this,’ OK, you’ve stood the test of time, and also you’ re vintage but you just haven’t gone away.'” The accompanying double-album soundtrack, Sheryl: Music From the Feature Documentary, proves Crow’s point by balancing the core of her catalog — the songs that have stood the test of time — with the music he’s made as a legacy artist who no longer visits the upper reaches of the Billboard Hot 100. Partly a greatest hits collection, partly as a testament to Crow’s endurance, Sheryl: Music From the Feature Documentary leans heavily into the bookends of her career, acving to her 1990s hits along with Threads, the 2019 album she claims is her farewell.

Like the film, Sheryl puts the spotlight on the music she made at the beginning of her career, which seemed like a throwback even in the 1990s. Raised on classic rock, Crow tapped into a distinctive 1970s vibe with her 1993 debut Tuesday Night Music Club, a record steeped in the slick, the sounds of Southern California. Its retro vibe was roughly in the same ballpark as alternative rock, which happened to crash into the mainstream just prior to the album’s release. The crowd only once courted the alternative rock audience: She smudged up her sound on her self-titled second album, “, which arrived during the commercial peak of alt-rock in 1996. The thicker The better!, churning guitars” If It Makes You Happy “the effervescent sunniness of a solitary” represented a definitive break from “All I Wanna Do” signifying her artistic independence more than any desire to chase trends.

Sheryl does not create a strong differentiation between the sunny vibes of Tuesday Night Music Club and the relatively grungier aspects of Sheryl Crow’s Club. The soundtrack deliberately alternates material from The two albums, a sequence which emphasizes continuity over evolution: What stands out is how Crow managed to freshen up classic rock conventions without repudiating their Clich slang. Her best work demonstrated a clear debt to idols like Fleetwood Mac and the Rolling Stones — both Stevie Nicks and Keith Richards return the favor by appearing in “Sheryl”, but she synthesized these elements into a distinctive voice that sounded weathered and raw, soulful, and hopeful. She widened this approach on 1998’s “The Globe Sessions”, then turned it into shiny pop for C ‘mon C’ mon in 2002.

These four albums provide the backbone of both the documentary and its soundtrack. The first hour of The 90-minute film takes viewers through “Mon C.”, while the soundtrack relies heavily on material from these records: Seven of the 11 songs on Tuesday Night Music Club are here!, there are eight of the 13 songs by Sheryl Crow, then four songs from The Globe Sessions and two from C ‘mon C’ mon. The entire Sheryl project glosses over The following two decades of Crow’s career, bypassing the handsome adult-alternative album Wildflower, the R & B genre exercise 100 Miles From Memphis, and Feels Like Home, her excursion into country music. While these records aren’t as bracing or idiosyncratic as her first four, they’re supporting evidence for Crow’s strength as a troubadour.

Instead of touching on these albums, Sheryl concludes with a heavy dose of duets from Threads, Crow claims the collaborative 2019 will be her final studio album, adding three new tracks that underscore her life status. “Forever” it’s a pretty ballad that hearkens back to delicate moments from Sheryl Crow, and “Still the Same” charts somewhat new territory for her, a romantic pop ballad with a heavy debt to Paul McCartney. She returns to her wheelhouse with a version of The Rolling Stones’ “Live With Me!” It’s a little too polished for its own good, its tight rhythms contrast sharply with the looser feel of her first recordings. A listening experience, the 35-song set feels anticlimactic. This isn’t a full portrait of Crow’s gifts as an artist, but it is a reminder of the high standards she set early on — music that retains its vitality, so much so that it can overshadow the perfectly enjoyable work that came later.