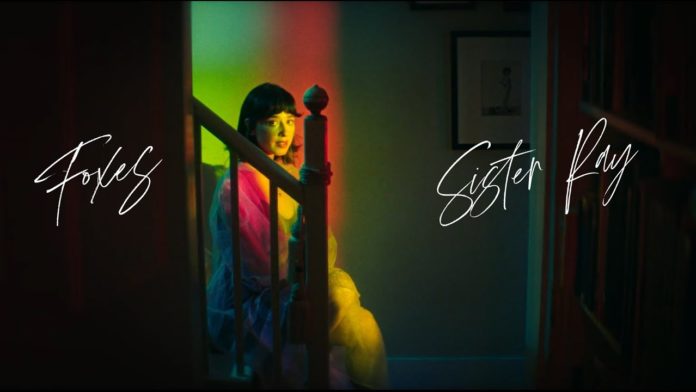 Growing up, Sister Ray’s Ella Coyes never spoke a word, the communication of their M é’ this ‘legacy. Through colony and depreciation, the communication and several this’s heritage is affected today. But what Coyes really does have to connect them to their society has been song. The M é this’s violin culture and its supporting spinnerbaits, passed down for generations, were the oldest melodic phrases that Coyes once felt connected to. In a 2018 meeting, they said they taught them to appreciate song as a collective festival rather than a place of power. By composing their own song, a style of album people more comparable to Big Thief than to classic violin song, they described, “That I didn’t feel silenced [is a celebration]. It gave me a lot of power that I had lost.”

That energy supports their debut album, Communion. It’s a complex research of the web of relationship damage, one that tried authenticity without guilt and strength without durability. Greatest of such music discovers the blood and guts of a heartbreak. That’s frequently intraabdominal: A former gets death and beer on “Violence” the writer’s visions of achieving a goal “deep inside your tonsils” on “I Want to Be Your Man”; if what they’ re speaking about is a touch or a function of grim violence isn’t straightforward.

Sister Ray’s music explains scenes lacking of security. Here are some examples of fire and death. Desire is crawling, haunting force, remaining a cadaver cartoonish when it should have been hidden. Not everything is an allegory; they wordlessly erased the months of a heartbreak, from splitting up the decor to observing glow-in-the-dark actors on the house beadboard as the stop draws near. Coyes does not Photoshop their own actions; by the stop of the mark they’ ve been explaining oneself as greedy, wry, and unkind. On “Jackie in the Kitchen” they revised a period they nearly cuddled someone else with their associate in next space. And “Justice” Investigate a larger shame, the same of involvement in both self and global disaster: “Do I seek justice or merely my own comfort?”

Still, they make room for the lighthearted — I grin to listen to them pram a melodic from the Eurodance performances of Cascada “Reputations” voicing as though it was a laughing improv designed to make someone from the group chuckle. This is reinforced by Coyes’s lyrics, which are communicative and straightforward, frequently sinking for they’ re breaking a prank while they’re truly speaking anything big ( “Death is all around” they matter-of-fact twang on “Good news!”). Meantime, The melodic support (done beside Coyes by Joe Manzoli and Jon Nellen of Ginla, who created the album?) highlights that distinctive tone. Just the vital electronic — clean-tone instruments, tenor, percussion — mixed side; the blossoms, for violin and synthesizers, are haunting voices in the history, uplifting the music room, lyric experience. It simply says “I don’t know but I do…”, here’s a slight flex toward the finish line, where a little more variation could have provided the album a boost in endurance.

On “Reputations” Coyes questions, “You always said you’d give me something to sing about; was that a promise or a threat?” With an angry sense of humor, the issue notes to the jist of healing songs for Sister Ray’ s: In an ideal global, these music wouldn’t work. But in composing them, and cruise vintage damages, they created conditions for a sense of safety that slighted the composer in scenes of chaos. Coyes takes control of the stuff they can and considers faith for those they can’ t. It’s not about winning or losing, but an issue with their own sentimental life. The most important teaching is true there in The headlines, Communion: In communicating the above, life, they praise it.