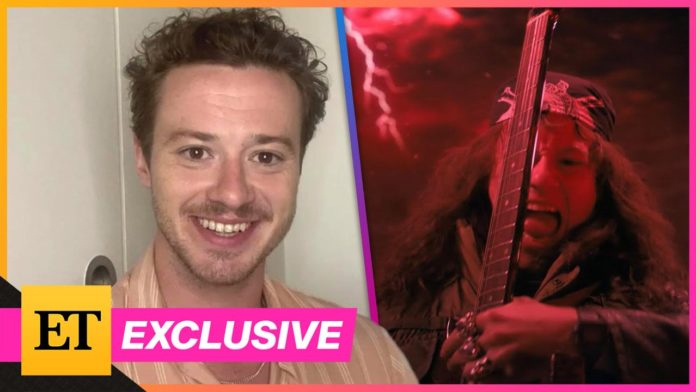 As demonstrated by the rapid revival of Kate Bush “Running Up That Hill” in the book on “Stranger Things 4” The show’s musical has also become a sensation as its exciting narrative. The final two episodes of Season 4 are now available on Netflix, Legacy Recordings has released the complete musical to a worldwide audience “Stranger Things 4” in digital and physical applications. The music includes six extra tracks, including an extended version of Bryce Miller’s Alloy Tracks remix of Journey’s “Separate Ways (Worlds Apart)” starring the band’s song Steve Perry. “I was stunned at how cool it was” Perry said of the original remix in a comment. “I found out that Bryce Miller and Troy MacCubbin had created it and told them how much I loved it. One week later, I had an idea for an extended version, so I called Bryce and we assembled our extended remix. Being a huge fan of the show, having my music on the soundtrack made me very happy! I truly love both of these remixed versions as much as I love the original recording from the Journey’s Frontiers recording.” Other extras to the musical from the season’s fade two episodes include Rick Derringer’s “Rock and Roll, Hoochie Koo” James Taylor’s “Fire and Rain” Siouxsie and the Banshees “Spellbound” Metallica’s “Master of Puppets” and Moby’s “When It’s Cold I’d Like to Die.” The “Stranger Things 4” musicals, created by display creatives, the Duffer Brothers, and music supervisor Nora Felder, will be available on CD and tape Sept. 9. The album demands, which includes a banner plug, the new product will be launched on Nov. 4. Pre-order CDs, tapes and 2 LP 12-inch album publications. Find the complete “Stranger Things 4” musical under. “Separate Ways (Worlds Apart)” (Bryce Miller/Alloy Tracks Remix) Journey with Steve Perry “California Dreamin ‘” The Beach Boys “Psycho Killer” – Talking Heads “Running Up That Hill (A Deal With God)” Kate Bush “You Spin Me Round (Like a Record)” Dead or alive? “Chica Mejicanita” – Mae Arnette “Play With Me” Extreme heat waves “Detroit Rock City (Single Version)” KISS! “I Was a Teenage Werewolf” The Cramps “Passing the Dutchy” Musical Youth “Wipe Out” – Surfaris “Object of My Desire (Single Version)” Starpoint “Rock Me Amadeus (The Gold Mix)” Falco “Travelin’ Man” – Ricky Nelson “Tarzan Boy” Baltimora “Dream a Little Dream of Me” – Ella Fitzgerald & Louis Armstrong “Rock and Roll, Hoochie Koo” (Single Version) Rick Derringer “Fire and Rain” James Taylor; “Spellbound” Siouxsie and the Banshees “Master of Puppets” Metallica “When It’s Cold I’d Like To Die (featuring Mimi Goese)” Moby “Separate Ways (Worlds apart!)” (Steve Perry & Bryce Miller Extended Remix) Journey with Steve Perry.