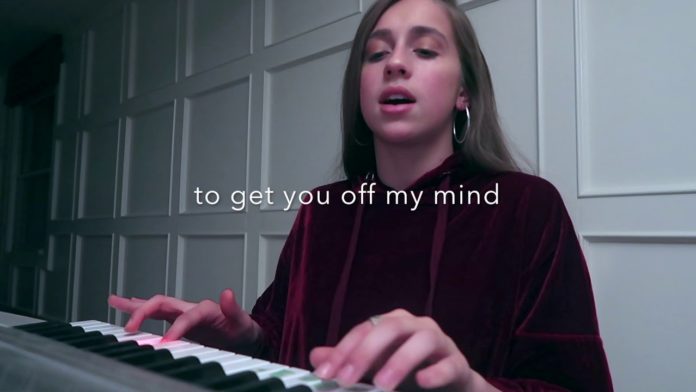 Tate Mcrae is a brutal love story, afflicted by poor couples and companions who don’t know her. Despite as one of the many outrageous “indie pop voices” in recent memory, it’s a strong song, as pleasant skulking across goth pop-trap as she can be crooning over piano-driven tunes. Her noise is jammed somewhere between Billie Eilish and Olivia Rodrigo, and, like Rodrigo, McRae delights in sadness, monitor the music scenery and see which style best suits her girl music. Her full-length breakthrough, I used to think I could fly, McRae is a genuine pop star capable of transforming the online virality that opens her job, but she’s always too afraid to accept it. “You say I should be on top of the world/But I’m not feeling much” she started singing “go away” and the acceptance has seemed to relate any further than superstar and meet whatever number of people struggling to find a positive side.

Like so many before her, McRae has been revealed on YouTube. A market DJ and creator residing in Calgary, she discovered her original discovery at 14, while she was releasing a youtube video of an original song, “One Day!” which has now assembled nearly 40 million opinions; the official release has been declared diamond in Canada. The music prompted a marked bidding war gained by RCA, in which they pledged to help McRae move, for her first EP, she had music written by Eilish and Finneas. She did land a hit in 2020 with “The Hit” “you broke me first” a trap-driven victory melody that broke through TikTok in the early months of the “Superbug”. But the song’s meteoric victory — a billion-dollar win and tallying among all channels — didn’t equate to megastardom. Without the Disney Channel stardom and off-camera love triangle that reinforced Rodrigo’s cult status “drivers license” McRae’s music appeared to be another retrovirus crush. It was great, maybe even good, but the absence of story movement repressed her offer for location alongside emerging visuals like Eilish and Rodrigo.

I used to think I could fly because she has so much more huge music in her face!. Working with a group of hitmakers including Greg Kurstin, Charlie Handsome, Blake Slatkin, McRae attempts her take on the variety of music suited to an Abercrombie purchase — AI-generated pop-punk, Kid Laroi-style smooth catcher, and so on. He’s skilled at rolling between feels, even when he’s singing about self-loathing. Notables “hate myself” and “feel like shit” both control to remove the indicating from struggle. In the latter, McRae’s tone rises with angst, catching the theatre misery of heartbreak: “I won’t lie, I thought I might die. And maybe I’ll get used to it, but right now I just feel like shit.” It can be healing to give in to heartbreak, even if the offer is ephemeral, and McRae’s recognition of all this hurt sees as loosely inspiring.

The album is not always so reflective. Frequently Asked, Liberation consists of validation as she smashes boyfriends by being cowardly and crazy. On songs like the “Ride Wit Me!” –interpolating “don’t come back” and the alt-rock-inflected “what would you do?”, Merriam is almost dizzy with cynicism, changing her heartbreak into smirking anger. “Never leave your dad’s basement! /Now you’re mad that I made it” She started singing “I’m so gone” displaying proud to briefly cover the bitter disappointment she reflects throughout the mark. Here’s an honest, objective, and genuine story about this sort of self-delusion; McRae loves her personality, She’s a good friend of her former. It’s then when her communication does become inauthentic that the liberation turns unoriginal. On the horribly floor “boy x” heartbreak turns temporarily into narcissistic: “Here’s a bn of dude x, but, sweetheart, here’s just one of you.” On an album stuffed with incisive insights into a failed romance, moments like this feel out of step.

In a recent interview with Zane Lowe, McRae discussed the difficulty of developing an artistic identity as an industry-anointed pop star: “I probably did a million composing conversations about the above season with a thousand different folks” she said. “That was the toughest piece — having the confidence to speak up and to act [speak in a positive way], ‘No, neither, neither will ever be granted, nor will there ever be: this is just what my album is about.'” Apart from some missteps like the excruciating Finneas-produced “i nevertheless say goodbye” I used to think I could fly with confidence, a record that remains absolutely sure of itself even as McRae’s emotions vacillate between bravado and self-immolation.