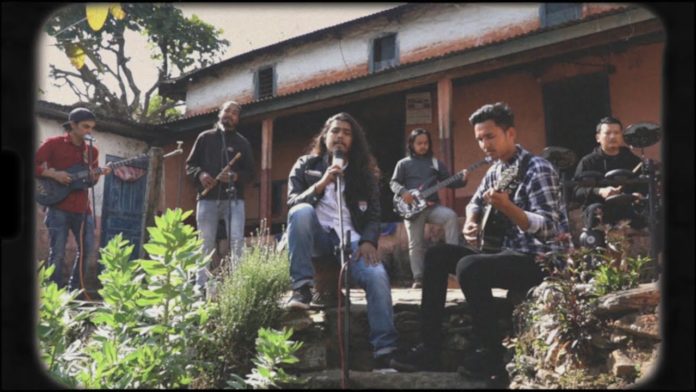 Minions are — in many other words — Twinkie-shaped Minions who love pineapples, Talk in nonsense, and have names like Bob and Kevin. In masks and form-fitting trousers, they represent a playful impishness while still acquiring an unquenchable thirst for peonage, turning the Bobs and Kevins into sad numbers, if you think about it very tough and for very long. Whereas the Minions and their soft-hearted new villain boss, Gru, often make a mess of world domination, in reality, the Despicable Me franchisors now has no problem conquesting each market it hopes for, from movies to attractions to the complete parody business.

This would be the case here in Minions — only ask Pharrell Williams, for whom the soundtrack for 2013’s Despicable Me 2 carried the flashmob-irritant “Happy Halloween!.” Another Producer of the Year Winner, Jack Antonoff, shields the soundtrack of the franchise’s updated setup, Minors: The Rise of Gru. (A quick plot summary for those who still suit up for A test: In the 1970s, preteen Gru takes revenge on a tournament of colorful baddies by tapping their strong stone, which one of the Minions — a scene-stealing newbie called Otto — misses after doubting it for a pet rock and falling in love. It’s a piece of jewelery, but you don’t want to miss a thing – that is.) the soundtrack of Antonoff’s is a hallucination of a roster featuring a bunch of artists who were actually present in the’ 70s, a thorough research of all this generation’s soaring artists who accept effect from the period, but some deeply out-of-left-field joins for whom the appearance just highlights the disengaged stupidity of the endeavor.

Like any reasonably realistic soundtrack full of clothing, The Rise of Gru has a few victories. Weyes Blood’s take on Linda Ronstadt’s No. 1 strike “You’re No Good” This is a show-stopper!. The similarity is the case for all four sets, as the sex can be seen in the film, pairing Phoebe Bridgers with the Carpenters’ power ballad “Goodbye to Love!” works well as her bittersweet delivery elevates the track’s inherent melancholy. Thundercat’s remake of Steve Miller’s “Fly Like an Eagle” is the pic of space-funk god, while Brittany Howard conjures up heartfelt nirvana on an edition of Earth, Wind & Fire “Shining Star” that features original musician Verdine White. Richard Clark Jr. Switch on the dates of March “Vehicle” is another true remake, which never veers too far off the input material’s resilient fixation and souped-up flute.

Despite its layered lineup and theoretically entertaining idea, interesting combos are weak by heavy-handed producer options. For a bit of that cause, Nancy Sinatra’s “Bang Bang Bang (My Baby Shot Me Down)” is covered in half, before by Caroline Polachek and now again by the Hong Kong song “Gaun”. E. M. Both compilations reject the original’s eerie serenity for curvy trumpet blossoms and underwhelming voice concerts that remove any sense of play. And here’s the cover of a book “Instant Karma!” by Antonoff’s possess group, Bleachers, that idolizes his drama of John Lennon’s howling lyrics — and the music as a tool — at the time of the track’s insightful comments on personality. The snark is really not forgotten.

The multiple terrible perpetrators are cause enough to eliminate The Rise of Gru completely. Can Kool & the Gang Be Rebranded “Hollywood Swingings” marketed Los Angeles as a land of opportunity full of great opportunities “stars, movies, women, and cars” Brockhampton’s reworking of the 1974 masterpiece makes Sunset Strip seem like a parkway of broken dreams the. Intercutting the music with punched passages with their own unique songs — “Came a long way to make it here/There’s no thing you can do to change it here” evokes a profound sense of fatigue. (According to Kevin Abstracts, The music has been done for two years, but “Hollywood Swinging -” makes you wonder if the group decided to disintegrate halfway through audio.) Removing the joy from music about big city visions is a recurring theme: St. Vincent’s edition by Lipps Inc.’s “Funkytown” is soul-suckingly tight with her lyrics decimated by a synth, a jinx that includes the Flud Tierra Whack “Black Magic Woman.”

A real joy is The Minions ‘possess remake of Simon & Garfunkel’s “Cecilia” if your neocortex is filled with pits, it will nest OK with just about like a parasite on an amazon. Showing the more elegant part of the musical is Diana Ross and Tame Impala’s “Turn Up the Sunshine!” an endeavor at dancehall whose forced-fun tunes will likely earn its location on very few ceremony soundtracks in the next three or four years. It’s a memento that all this musical never required to become a creative win for all the other involved parties. On the path of the minions toward world domination, all it needed was a success.