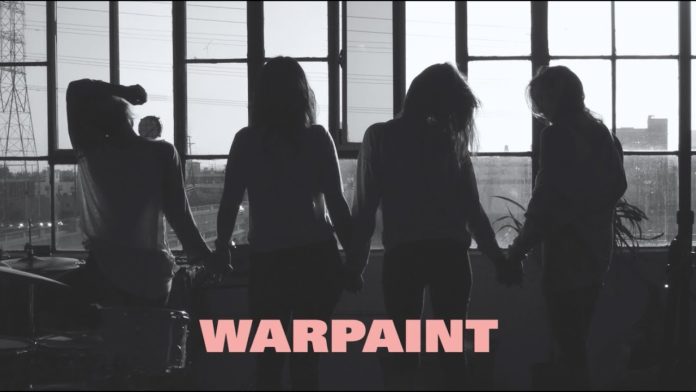 The Los Angeles quartet Warpaint has migrated steadily from their sandstone heritage towards an electron-based synthesis, comfy synth, dream-pop noise, and is on their fourth studio album, Radiate Like This, the transformation was complete. Their first offering in six years is filled with easygoing largemouth signals, squeaky heartbeat, and restrained sooty timbres.

The feel is formed correct from The entrance “Champion” as the easy rolling present pulses, multitude of synth sounds, and mellifluous vocalists put out the gameplanning as the gang ruefully sings “We are all the same”. “Hips” remains in the exact same vein with synth keyboard and coded pulses, even as soon as “Hard To Tell” finds the group trying to “Shake off all the rules” by delivering a pretty long, lush tune. “Sweetness” is also interested in fixing the loneliness, confirming that the hearer was correct “not alone” whereas remaining distanced, “Melting a” propels the throbbing 80’s glow, and “Stevie” delivers the best keyboard and drum jobs in the music industry.

The greatest finish attempts now involve a bigger acoustic as “Trouble” utilizes chords and music under the relaxing layers of vocalists all whilst mixing mixtape standouts “Proof” escalates the clever tension layer upon layer of vortex planned concoctions. Acoustic-influenced oddball “Send Nudes” the music ends in a strange way, cringeworthy riff with some oboe job after a pretty much entirely unified encounter.

Radiate Like This floats through in the vein of 2016’s Heads Up as the defunct art-rockers stroll in semi-aimless space, soundy, bassy waters. The alluring atmosphere of warpaint is pleasant, began with ambient cover art, but it doesn’t depart from the certain real lasting implications.