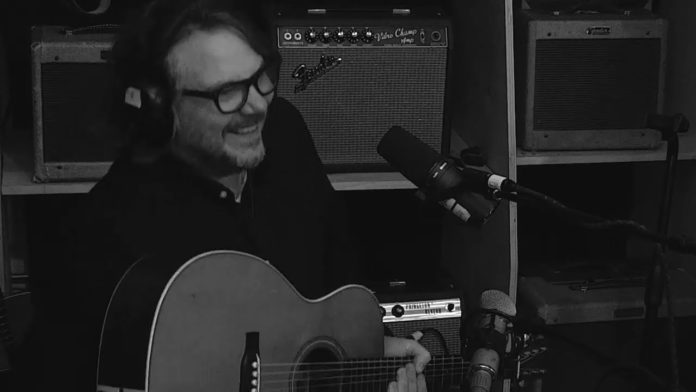 Wilco’s first massive greeting when they were formed in the Nineties would have been to leave behind the audio of co-founder Jeff Tweedy’s first ring, Midwestern alt-country icon Uncle Tupelo. It was a good decision, since at the moment even the sort of people who like legendary Midwestern alt-country have been starting to get text that the shudder revival of the “authenticity” became noxious and freighted. It furthermore aided that the group prospered at other items, especially on the angy 1996 twofold LP Being There and 2002’s post-rock-garlanded masterpiece Yankee Hotel Foxtrot. These days, the provenance of the combat have long since cooled, all this baggage has been thrown out of the unknown metro, Wilco have settled on one of the most easygoing and successful runs in every American ring of the legacy 25 years.

So, it’s not as big as it might have been 10 or 15 years ago. But it’s not the same for everything, It’s a good thing, as their new record’s ironic title suggests. The bands documented Cruel Country in completely resident, the first time they’ ve worked this way since their peaceful 2007 pinnacle “Sky Blue Sky”. Their signal reportedly, It’s already so fully automated that the song doesn’t really feel as relaxed, perhaps even more so since prior Wilco documentation. But it is less smooth, like the most exquisitely ornamented home recording conceivable. They get closest to me “real” country-country “Falling Apart (Right Now!)” a knotted remix bright Bakersfield twang, the delicate dance “Please Be Wrong” and “A Lifetime to Find!” a high-stepping honky-tonk roadtrip with sweet violin and sweetly ragged consonance serenading.

Most commonly, they evoke Americana at its most folkloric and comforting, from New Morning-era Dylanesque “I Am My Mother” to the cosmological pastoralism of Dead-like daydreams, and “Bird Without a Tail/Base of My Skull.” These tracks are known as the, they’re all 21!, stream by at lethargic rates, spinning into murky droplets of moody reflection ( “Ambulance”), and then he stepped out into the hot vistas of shielded benevolence ( “Tired of Taking It Out on You” But one Tweedy improved, gently passive-aggressive attitudes). At such an age hearing to Wilco is far more a hobby than a passion. Whether It’s kayaking or watching youth sports: If you like it, you can do it all in your vacation; if you don’t, tedium can be roughy if you’re not careful. But even for deniers, The uniformity and excellence here will be stunning.

Despite its length and lyrical motif, Cruel Country does not at first feel like a spectacular statement, but Tweedy has discreetly leveled out the adventurous principle of strapping his classic American song to the conventional soundtrack of American socioeconomic marginalization (this, fans of Uncle Tupelo, is where the mark genuinely becomes roots songs). “I Am My Mother” opens the music with photos of immigrants on the Southern border and the psychosis they motivate in the virtuous frail, even as I walked “Hints” mirrors as to how optimism notions of American individualism have distorted into the extremism of the post-Trump epoch: “There is no middle when the other side would rather kill than compromise” Tweedy Deals. Throughout the world, his fragile progressive nationalism stands deleuze: “Love my country/Stupid and cruel” he sang the song on the soundtrack, a row with a clever quintuple indicating.

Lyrically, songs is all about fundamentalism, something that has rarely been Tweedy’s area of expertise. And with the exception of Bob Dylan And The Dead’s Robert Hunter, He’s not as good at it (or perhaps interested in a lot of things) channeling our shared mythology past, as he is at finding a way to make his possess splintered, verdant unmanifested experience widespread and bizarrely approachable. If he’s telling the story of America, he’s telling the story of America, It’s primarily a legend of everyday people trying to layout out disrupted complexities they implicitly implicit and barely know how or when to occupy. “In the hurricane’s eye/People get by/Livin’ their lives” he mumbles on the floor “All Across the World.” Abstract dejection and prideful worry get interlaced on the soundtrack closer “The Plains” a subdued, audible Covid-tinged moper about the loss of maneuverability and possibility in a country that was once a boundless border. “Wait, it’s all we ever do” He decries. How the we turn with, this mark does seem to ask us, is the terrifying wide no spout inside our battered corpses.