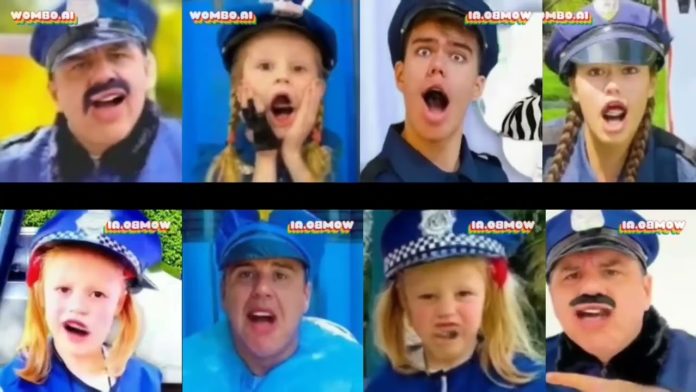 To develop Fairy Rust, Wombo sailed into the fog of a mysterious woods. Influenced by the writings of Washington Irving, the Grimm Brothers, Hans Christian Anderson, the Louisville indie pairing dredged through vintage morality tales to their folk understanding. Whereas their previous record, Blossom Looksdownuponus, have a happy, but playful force, now this looks like brown, extra troubled topic, matched with mesmerizing songs that would seem suited for a musical concert in a dungeon.

The album has an extra overblown post-punk hue, fontoynont repetitive tunes and violents, dry percussion. A piece of music feels both natural and synthetic, with traditional instruments screened through haunting effects that make it a noise you hear through a box slide. Lineup “Snakey” singer Sydney Chadwick’s typically satellite-high vocals sound cloudy, reduced in variety and pushed in the combinations, making space for her mid-tempo arpeggiating tenor. Her tone fades on the disturbed pauses and it showcases Cameron Lowe’s bassy humming acoustic and beat Joel Taylor’s drums strikes. Comparison to the ASMR Baby Talk of Blossom Looksdownuponus lineup “Sweet Powder Sugar Sandy” a notable departure: Levity has somewhat died, escaping earnest darkness in its place.

In some songs, the examples of mythology are obvious and immediate: The headline of a newspaper “RVW” is short for “Rip Van Winkle” whereas “Headstand” begins with the Greek myth of Athena becoming founded from Zeus ‘skeleton. In extra subtle ways, the idea of a distorted truth, strings all throughout the mark. Visuals of a secret area beneath a mountain, A monster swims through the river, and the dark walls are as if they were on a jet in the Twilight Zone. Wombo have noted and it songs often arrive “dead ass last” in their collaborative writing operation, a fact that sometimes comes to mind. Note the reversible visuals, they combine catch-all sections for a “I slip through while grabbing for my memories” and, “On a winding road you come to meet yourself again/Never growing old, only gain experience.” On a record that draws from such vivid source material, these thoughts are out of place.

Even grittier spots, like the feedback-ridden electric guitar outro of 7/8-time standout “Below the House” can seem choreographed. Compared to the band’s more experimental past work, only a few moments actually feel adventurous: the echoing vocal canon on “A Regular Demon” or some delightfully unexpected saxophone on “She Goes.” Even the nod to atonality on They Melted “overshadowed by a repetitive bassline and drum pattern. Although their journeys lead to mostly familiar places, Wombo sounds right at home in those moments of dark escapism, The mystical tales of Fairy Rust are short tours into the murky caverns of the mind.